MASTER AND APPRENTICE: VAUXHALL STALWART RETIRES AFTER CLOCKING UP 75 YEARS OF SERVICE

Baylis Vauxhall Group warranty administrator, Bryan Webb, is celebrating his well-earned retirement after a Vauxhall career spanning more than 75 years  Bryan, now aged 90, started working for Vauxhall in January 1946 as a mechanical apprentice and has owned a succession of Vauxhall models across seven decades Vauxhall veteran has been in his latest role for more than 30 years and still wears the watch gifted to him in recognition of his long service in 1970 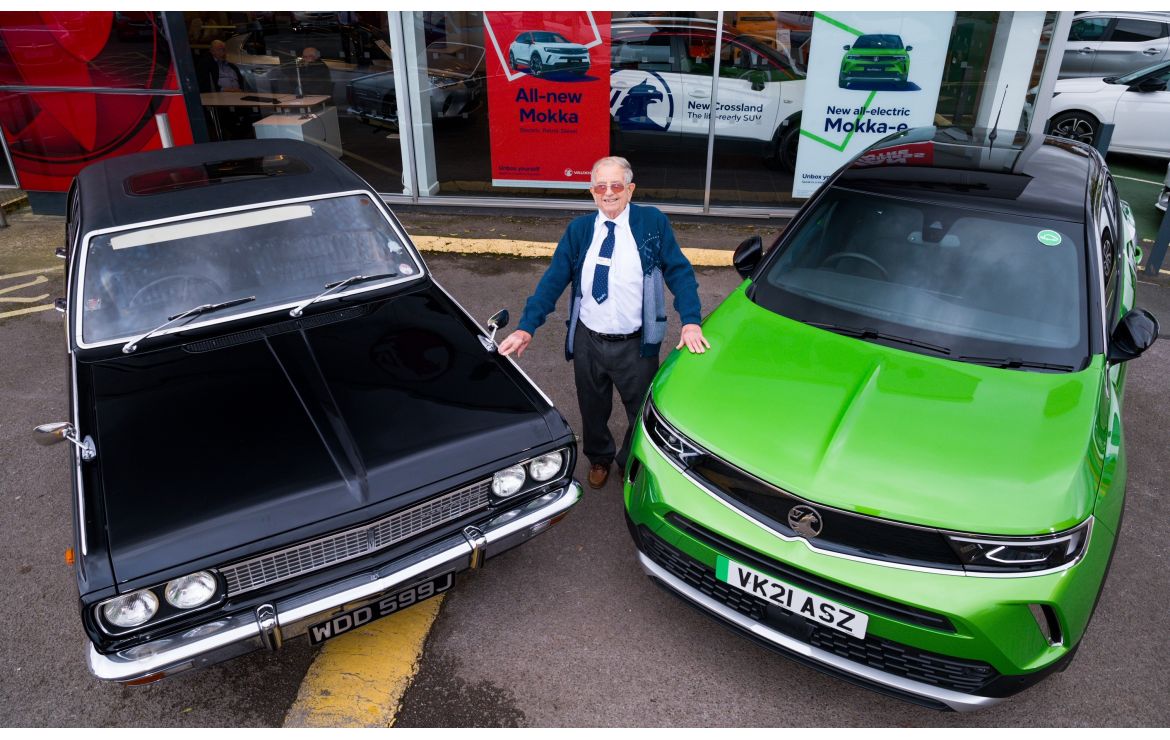 Gloucester – The UK’s oldest automotive manufacturer has wished one of its longest-serving staff members a happy retirement, ending a 75-year association with the company.

Bryan Webb began working for Vauxhall in 1946, after walking into his local garage, Hough & Whitmore in Gloucester, and asking if they had any jobs. Four years later he completed his mechanical apprenticeship and, by the age of 26, he was workshop foreman.

For the last 34 years, Bryan has worked as a warranty administrator at Baylis Gloucester and his career has seen him own a succession of Vauxhall models stretching across seven decades, beginning with a Vauxhall Velox in 1956.

While 90-year-old Bryan’s 75-year association with Vauxhall has come to an end, he still wears the watch that was handed to him in 1970 in recognition of 25 years of service. Little did he know at the time, but he was only one-third of his way to retirement at the time.

Julian Bawdon, Director, Baylis, said: "I have only known Bryan for 14 years of his long career with the company and he is a credit to both Baylis and Vauxhall. I would like to thank him for his incredible loyalty and hard work, as well as wish him a long and happy retirement."

Paul Willcox, Managing Director, Vauxhall, said: “For anyone to enjoy a 75-year career is an impressive feat but to be involved with the same company for this length of time is remarkable. On behalf of all of us at Vauxhall Motors, we thank Bryan warmly for his dedication, hard work and long service and we wish him a very happy and healthy retirement – it’s no less than he deserves.”

Bryan Webb said: "I love to keep busy and have thoroughly enjoyed my 75 years with Baylis and Vauxhall. I will miss my colleagues and wish them every success in the future. The biggest change I've seen in my career is new technology coming in and I hope Vauxhall continues this trend with its growing range of all-electric cars and vans."

Bryan’s continuous employment contract saw him work under a series of Vauxhall retailers in Gloucester: