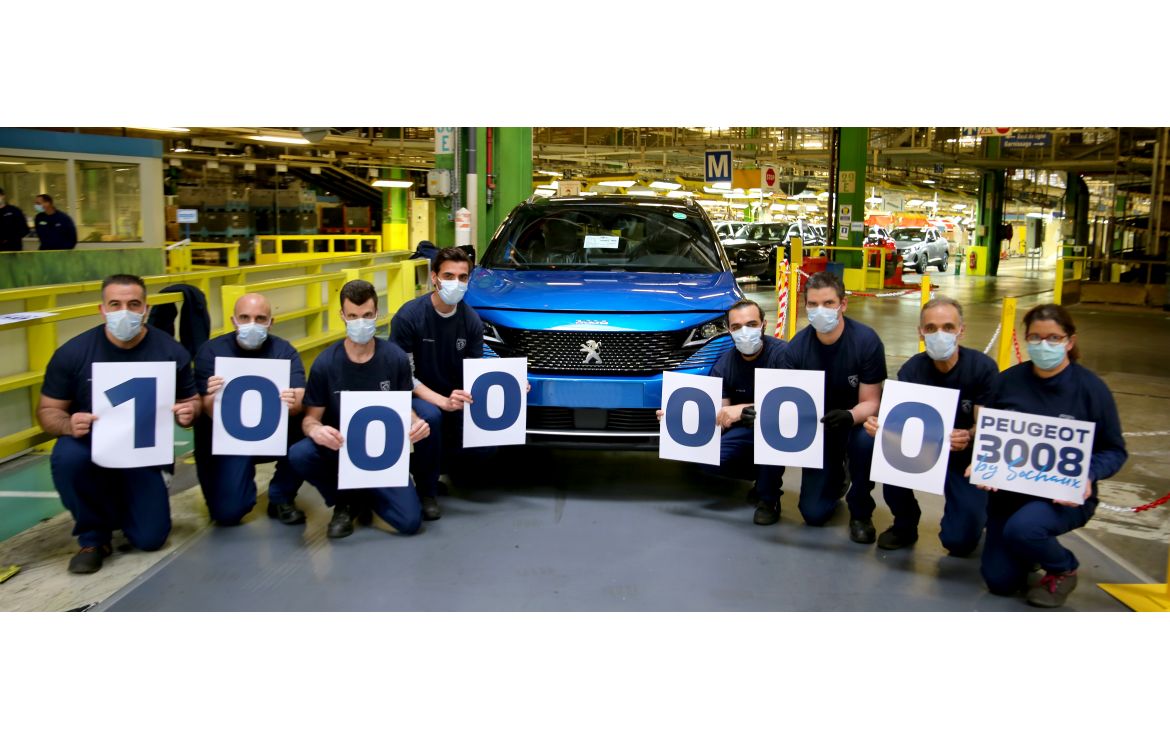 Manufactured in Europe and China, the new PEUGEOT 3008 began winning over the experts before it was even rolled out on the markets – it has now received over 20 awards in the UK and 76 awards worldwide, including the prestigious Car of the Year award in 2017.

In France, the PEUGEOT 3008 has been the leader in its segment since its first month on the market. In Europe, it comes in second place in the SUV segment in 2021. It has also taken a strong position in Southern Europe, where it is number one in Portugal and number two in Italy and Spain.

Europe accounts for 65% of PEUGEOT 3008 sales. Its major markets outside Europe are Turkey, Israel, Japan and Egypt. More than 80% of the PEUGEOT 3008's sales are of automatic gearbox versions, and almost 38% are in higher trim levels - in the UK specifically since 2017, the top two trim levels have accounted for 53% of sales, perfectly illustrating the demand for more premium models from PEUGEOT customers.

The PEUGEOT 3008 has won over customers thanks to its dynamic qualities and distinctive exterior style, as well as the mass of technology available on-board. With the top-of-the-range ergonomic driving position and upgraded i-Cockpit®, coupled with the latest generation of driving aids and a head-up digital display panel, the PEUGEOT 3008  feels intuitive to drive and offers both comfort and safety.

The vehicle is the perfect embodiment of the "Power of Choice", offering rechargeable plug-in hybrid, two- or four-wheel drive and internal combustion engines, combining driving pleasure and efficiency.