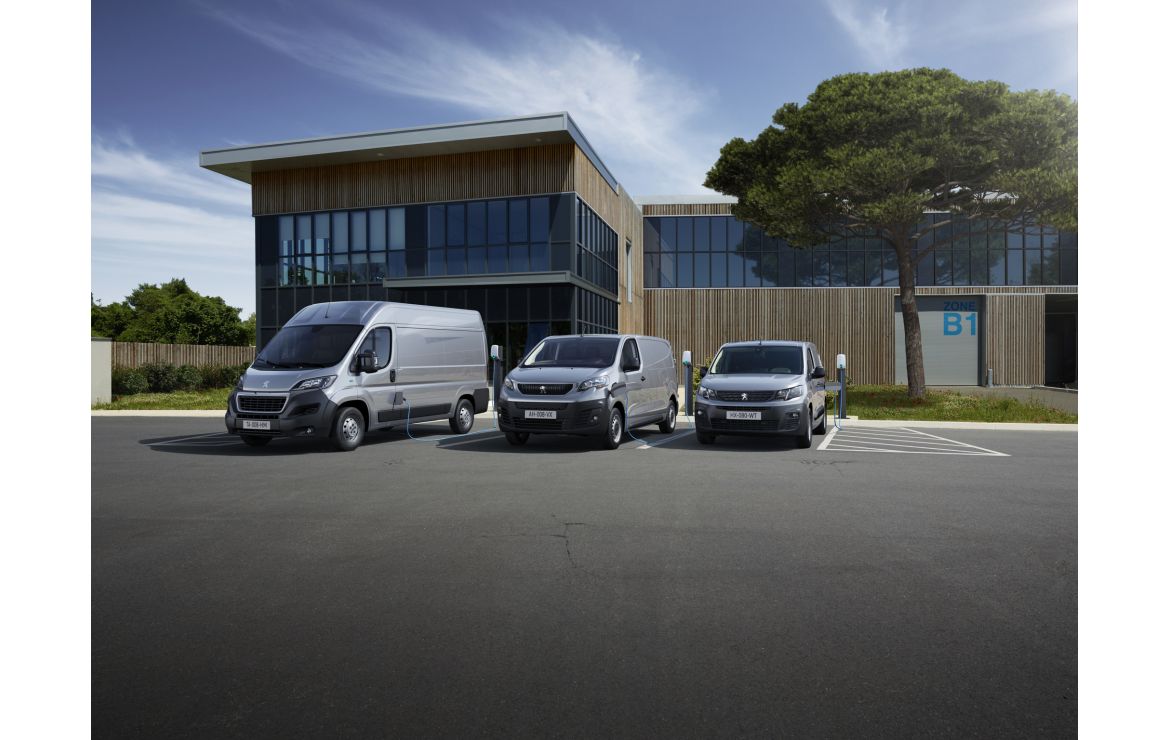 The entire PEUGEOT commercial vehicle range now offers an electric variant, with the arrival this autumn of the e-Partner and e-Boxer vans, which join the e-Expert van launched last year, the latter of which was awarded the title of International Van of The Year 2021. The distinctive feature of all PEUGEOT electric vans is that they make no compromise in terms of useful volume or practicality compared with the diesel versions, whilst offering all the advantages of the electric powertrain: lower running costs, ease of driving, immediate throttle response, high torque and the absence of noise, vibrations, odours and emissions. The e-Partner was recently recognised at the What Car? Van & Commercial Vehicle Awards, with the model taking the title ‘Van of the Year’, whilst the Partner, Expert and Boxer were awarded for their practicality in their respective segments.

PEUGEOT will have delivered 4,000 electric commercial vehicles in Europe by 2021, and already has an order book of 10,000 vehicles. To further raise awareness of its electric offering and the benefits among professionals, PEUGEOT will be unveiling a new, dedicated advertising campaign across the continent, to be launched in November.

Xavier Peugeot, Managing Director of the Stellantis Group’s Commercial Vehicle Business Unit, said: "We announced and delivered on the commitment of a full 100% electrified utility vehicle range by the end of 2021, which Stellantis is the first to do.”

In the coming weeks, PEUGEOT will launch a major international communication campaign to celebrate entrepreneurs and craftsmen. The campaign will feature all three zero-emission vans: the e-Partner, e-Expert and e-Boxer. The international campaign will be based on a video which showcases the logos of PEUGEOT's electric van users in the city.

Linda Jackson, Managing Director of the PEUGEOT brand, said: "PEUGEOT is committed to being the leading player in the change and transformation of the business sector to pure electric. Obviously, the cost of use is a very strong argument for users, but we are also demonstrating that electric commercial vehicles are a pleasure to drive: for their driver, who opens up to a new, soothing driving experience, and for everyone around them, who benefits from a peaceful environment, devoid of both noise and smell".

The PEUGEOT Partner has been on the market in more than 100 countries since its launch in 1996, with 2,000,000 units already produced, underlining its commercial success over the years and the numerous awards it has won, including International Van of the Year in 2019 for the latest generation model. The European market leader since its launch in 2018 in the F1 segment (Vans) with steady growth in market share, the PEUGEOT Partner is now available with a full electric powertrain.

Based on the EMP2 (Efficient Modular Platform) multi-energy platform, the PEUGEOT e-Partner comes with a full electric powertrain with a maximum power of 100 kW (136 bhp) and a maximum torque of 260 Nm available from start-up for immediate responsiveness, with no vibration, noise, gear shifting or odour and no CO2 emissions.

The compact van segment accounts for more than 750,000 vehicles per year in Europe, and the PEUGEOT Expert has been increasing its presence in this segment every year since its launch in 2016. Over 195,000 units of the latest generation model have already been sold.

The full electric e-Expert was voted International Van of the Year in 2021 - the 6th PEUGEOT vehicle to win this award since its creation in 1992.

The new PEUGEOT e-Expert comes with:

Like the PEUGEOT e-Partner, the PEUGEOT e-Expert is based on the EMP2 (Efficient Modular Platform) multi-energy platform, and offers a full electric powertrain with a maximum power of 100 KW (136 hp) and a maximum torque of 260 Nm available from the start.

The large van segment represents more than 550,000 vehicles per year in Europe, and the PEUGEOT Boxer is increasing its market share every year. Building on its commercial success over the generations, with more than 1,250,000 vehicles produced and sold in 110 countries since its launch in 1994, the PEUGEOT Boxer now comes in a full electric version.

The new electric PEUGEOT e-Boxer has:

The PEUGEOT e-Boxer offers a full electric powertrain with a maximum power of 90 kW (122 bhp) and a maximum torque of 260 Nm available from start-up for immediate responsiveness, with no vibration, no noise, no gear shifting, no odour, and no CO2 emissions.

The drivetrain is equipped with an energy recovery system, which acts both when the accelerator pedal is released and when braking. The maximum speed is electronically limited to 56mph.

The new PEUGEOT e-Boxer combines compact exterior dimensions with maximum loading capacity: the batteries are located under the floor, without any impact on the load volume.