Adventurer Brendon Prince has set a new world record in his attempt to circumnavigate mainland Britain using a stand up paddleboard (SUP), supported by PEUGEOT. Completing a 2,400-mile paddleboard around Britain, Brendon has also helped raise awareness for water safety, men’s health and the need to protect Britain’s coast lines. 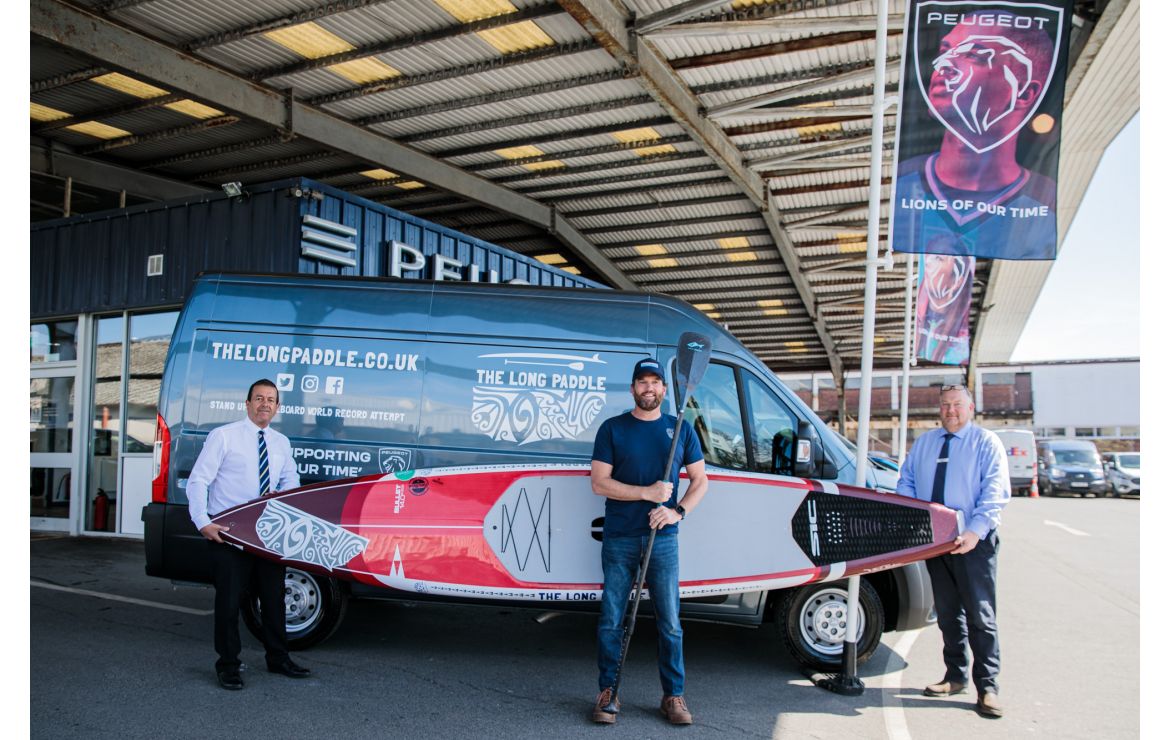 Yesterday evening, Brendon Prince became the first person to fully circumnavigate around Britain using a SUP. Having started from Torre Abbey Sands at Torbay on Tuesday 27th April, Brendon has travelled more than 2,400 miles on a SUP over 141 days.

Over this period, he has set several world records, including the fastest SUP crossing of Wales (in 46 days), the world’s first Land’s End to John O’Groats SUP crossing, as well as the world’s longest SUP journey, alongside the main record of circumnavigating Britain.

Throughout the attempt, Brendon and his team were supported by two PEUGEOT vans. A PEUGEOT Boxer acted as a support vehicle, travelling to each stop and assisting with the day-to-day logistics, while a PEUGEOT Expert was used to provide safety provisions. With Brendon doing the entire journey without a support boat, his progress was tracked from the coastline with the help of the PEUGEOT Expert. The vans travelled more than 8,000 miles in the four and a half months it took to set the record.

As part of the record attempt, Brendon has been raising awareness for several important causes including men’s health, water safety, and the need to protect Britain’s coast lines. With the record complete, Brendon is aiming to continue this work and will be visiting schools across the country to continue educate students about coastal ecosystems.

Brendon Prince, said: “This attempt would not have been possible without the incredible support from many people and organisations. PEUGEOT has been instrumental in helping me and my team throughout the last four and a half months.”

Julie David, Managing Director, PEUGEOT UK, said: “It’s been a privilege to support Brendon and his team on this incredible achievement. The project has not only been a fantastic tale of endurance, but a great education tool, raising awareness for some very important issues.”

The multi-award winning PEUGEOT Expert features a 6.6m3 maximum load volume and payload of up to 1,446kg, and is available in Compact, Standard and Long lengths. The Expert is also available as a crew van that can seat up to six people.

The PEUGEOT Boxer is PEUGEOT’s largest Light Commercial Vehicle and is available in multiple body sizes, with internal load space ranging from 8.0m3 to 17.0m3, and a maximum payload of 1,870kg on panel vans.

PEUGEOT is also set to be one of the few LCV manufacturers in the UK which is able to offer fleets and private buyers a fully electric van across its entire LCV line-up. The PEUGEOT e-Partner, e-Expert and e-Boxer are all available to order now through your local PEUGEOT Retailer. Full specifications can be found at https://business.peugeot.co.uk