Citroën UK has launched a new ad series featuring Britain's toughest armchair critics giving their two-cents worth on New Citroën ë-C4 100% ëlectric. Gogglebox couples Jenny and Lee, Mary and Giles, Marcus and Mica, and Pete and Sophie, all feature in the new advert, premiering on 11 June on Channel 4. The ad follows the traditional Gogglebox format, but with a twist as the viewer is given a reverse view to see what their telly favourites are in fact watching – allowing us to see beyond the familiar sofa setting. New ad continues Citroën UK's new 'The French Car That Speaks Your Language' campaign, which aims to break the jargon surrounding cars with simple and easy language. Gogglebox ad will be followed by a number of other TV and internet campaigns, to highlight that while Citroën may be a French brand, it is very much in tune with British audiences. To watch the new Citroën advert, please visit: https://youtu.be/ED3Htvotulk For more information please visit the following link 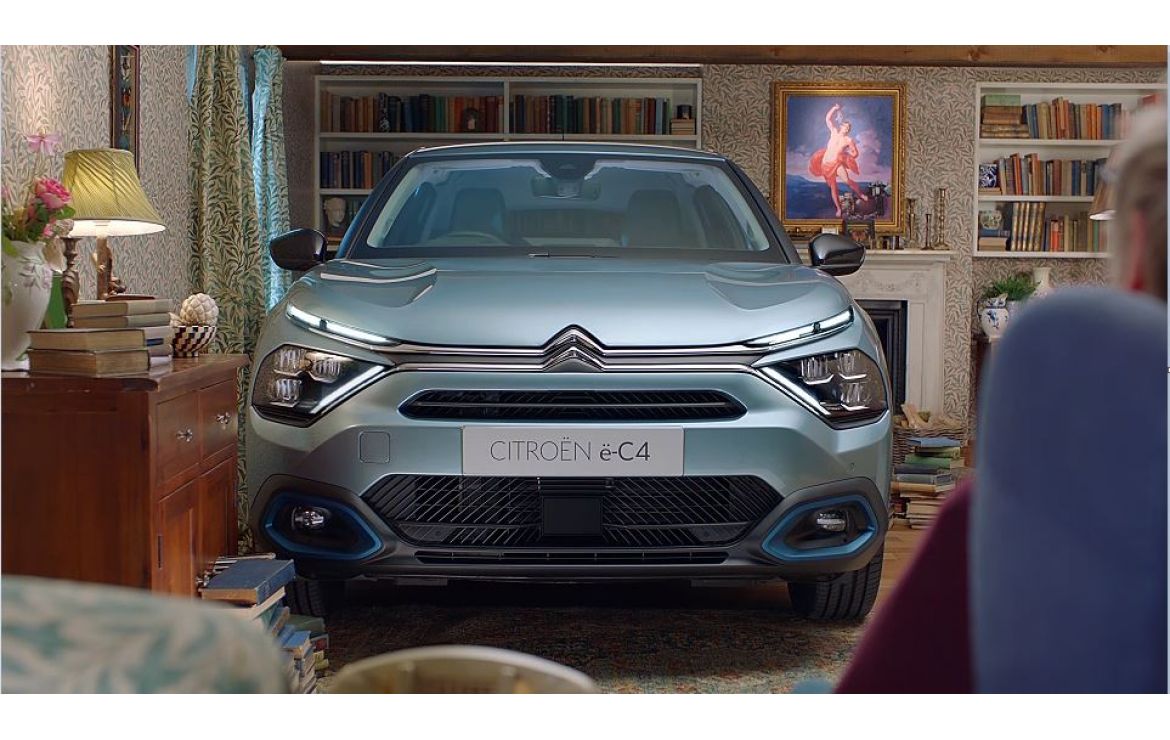 The new ad series will launch on 11 June across Channel 4, coinciding with the new Celebrity Gogglebox series. The initiative is part of Citroën UK’s ‘The French Car That Speaks Your Language’ campaign, where Citroën breaks down the jargon and industry speak surrounding its cars, making them even more accessible to British audiences.

Gogglebox features couples from around the country offering their own unique commentary and opinion on other popular TV shows. The new advert sees regular duos Jenny and Lee, Mary and Giles, Marcus and Mica, and Pete and Sophie, all rate New Citroën ë-C4 from their usual sofas and lounge chairs, staying true to their quirky and witty language. However, the ad also sees a twist, and the viewer is given a reverse view from the perspective of the well-known couples, allowing you to see what they are in fact looking at.

The ad premieres on Channel 4 during tonight’s Celebrity Gogglebox, and will continue to run on TV, online video and social media for a two-month period. Along with the full, 60-second film, there are 30, 15 and six-second versions to be hosted across a variety of platforms.

The ‘French Car That Speaks Your Language’ is Citroën UK’s latest innovative campaign, highlighting that while its cars may be French, they are designed with British drivers in mind. As part of this initiative, Citroën has already partnered with UK comedy channel Dave, with a series of five clever idents featuring a British take on various French settings. These idents are broadcast on the channel every weeknight between 21:00 and 23:40.

Eurig Druce, Managing Director, Citroën UK, said: "With the 'The French Car That Speaks Your Language' campaign, Citroën is showcasing that while it may be a French brand, it is very much in tune with British audiences. Keen to cut out the jargon and make the purchase experience as simple as possible for our customers, we have launched a number of new initiatives in recent months, including our Fair Pricing policy, the new online Citroën Store and the virtual showroom. By forming a partnership with the hugely popular Gogglebox we hope to amplify our message even further with our wonderful New Citroën ë-C4 100% ëlectric."

Since 1919, Citroën has created automobiles, technologies, and mobility solutions to respond to evolutions in society. Being an audacious and innovative brand, Citroën places serenity and well-being at the heart of its customer experience, and offers a wide range of models, from the unique Ami, an electric mobility object designed for the city, to sedans, SUVs, and commercial vehicles, most of them available with electric or plug-in hybrid powertrains. A pioneer brand in services and the attention paid to its individual and professional customers, Citroën is present in 101 countries with a network of 6200 sales and service points around the world. Citroën UK media website: https://www.media.stellantis.com/uk-en/citroen – @CitroenUK