This Sunday, Citroën will line up 25 symbolic models from its history, in a parade to celebrate 120 years of the Paris Motor Show. The display will start at 10:00 CET and the parade will depart from the Place de la Concorde at 13:00 CET. Original models such as the very first Type A from 1919 through to New C5 Aircross SUV from 2018 will be displayed. The procession of historic models from collectors and the Citroën Conservatoire museum will give a taste of what’s to come for the brand’s centenary celebrations next year. 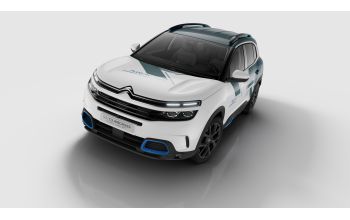 STAR OF “LA MAISON CITROËN” AT PARIS MOTOR SHOW 2018: NEW C5 AIRCROSS SUV EMBODIES THE BRAND’S NEW LOOK AND HERALDS CITROËN’S HYBRID PLUG-IN OFFENSIVE At the Paris Motor Show 2018 – 4 to 14 October – Citroën will emphasise the consistency of its new look, which is underpinned by the “Inspired By You” brand signature. The Citroën stand will present the following: The brand's strong, modern and consistent range, with six models released in less than two years, each sharing a distinctive and bold design, as well as outstanding comfort via the Citroën Advanced Comfort® programme. World Premiere – Flagship New Citroën C5 Aircross SUV, produced in France. The first stage of the brand’s energy transition offensive, leading to 100% of the range having an electric option. World Premiere – New Citroën C5 Aircross SUV Hybrid Concept. Preparations for the Citroën brand’s centenary in 2019, with numerous allusions to its history, the 70th anniversary of the 2CV, and partnerships with icons such as Jean Charles de Castelbajac and Elle in the world of fashion, and Rip Curl in the world of surf wear. Innovation – from the architecture of the motor show stand and Citroën’s showrooms, to the services on offer to ensure a friendly and relaxed customer experience. La Maison Citroën, Citroën Advisor, SEETROËN glasses and events in the Arena. At this year’s Paris Motor Show, Citroën will immerse visitors in a world which embodies the brand's "Be Different, Feel Good" promise. Citroën provides a modern vision of automotive comfort, demonstrated by a range of cars with New C3 making its international debut, supported by two distinctive, cutting edge concept cars showcasing a new chapter for Citroën.