As the Alfa Romeo 4C arrives in more markets, it is quickly adding more accolades to the long list of those it has already picked up since its European rollout. 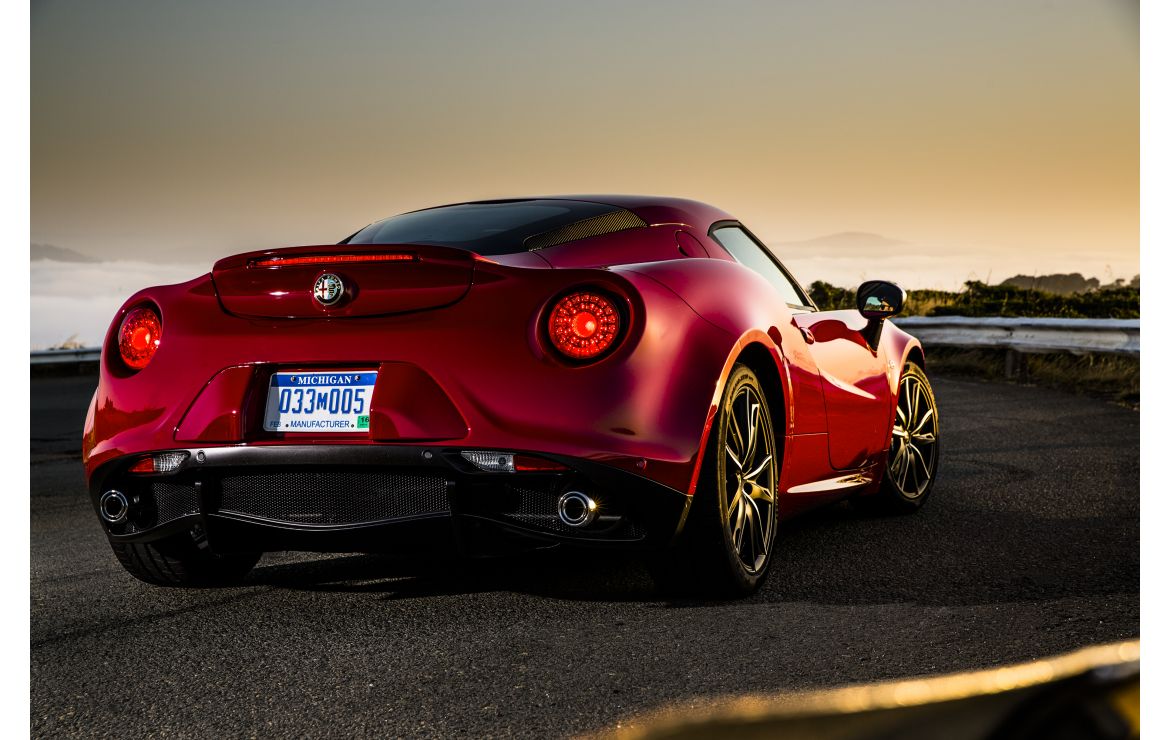 As the Alfa Romeo 4C arrives in more markets, it is quickly adding more accolades to the long list of those it has already picked up since its European rollout. As the first cars arrive in dealerships in the U.S. the new Alfa Romeo 4C has been named "Best Performance and Luxury Car to Buy" by Motor Authority and has picked up the "Sports Car" award in the Popular Mechanics 2014 Car Awards. It was also named a 2015 AUTOMOBILE "All-Star", an accolade that reflects what the magazine's enthusiast readers most want to drive.

According to Motor Authority editor Nelson Ireson, "The Alfa Romeo 4C is beautiful, exotic and incredibly fun to drive. It's also tremendous value, offering a carbon fibre monocoque chassis and turbocharged mid-engine layout around the price of much more ordinary sports cars, including some of those it beat out for the award this year, like the Ford Mustang, as well as more luxurious or practical alternatives like the Porsche Macan and Mercedes-Benz GLA45 AMG."

"The Alfa Romeo 4C reminds you what it means to drive with joy, with purpose," commented Mike Floyd, editor-in-chief, AUTOMOBILE. "The 4C is an unapologetic sports car and a spectacular looking one at that - that's why it's a 2015 AUTOMOBILE All-Star."

The Popular Mechanics editors noted, "on a twisty road, you think you are driving something that costs three times as much," describing the 4C as "mid-engined Italian driving nirvana."

APMP Chairperson Michael Sherdian described the Alfa Romeo 4C as "outrageous fun to drive. With supercar looks at a fraction of the cost, Alfa Romeo has a true star with its pocket-rocket 4C."

IMWA Chairperson Austin Shinnors commented, "The Alfa Romeo 4C is a very worthy winner of the Continental Irish Sports / Performance Car of the Year 2015. An exciting car aesthetically and dynamically - it is a real thoroughbred Italian sports car in every way."

Inspired by the 1967 Alfa Romeo 33 Stradale, the Alfa Romeo 4C evokes the spirit of its processors by making advanced, race car-inspired technologies attainable. Designed and engineered in Italy and built at the Maserati plant in Modena, the mid-engined supercar employs a carbon-fibre monocoque to increase chassis rigidity and reduce weight to just 895kg resulting in astonishing handling characteristics capable of generating up to 1.1g of lateral acceleration and more than 1.2g of deceleration force. By combining an all-aluminium, 240hp 1750 Turbo Petrol engine with the latest-generation "Alfa TCT" dry twin clutch transmission, the Alfa Romeo 4C can not only accelerate to 62 MPH in just 4.5 seconds and top 160MPH, it still returns 41.5 MPG and its CO2 emissions are just 157g/km.