The Alfa Romeo 4C was chosen by Eurosport Events as the Safety Car of the FIA World Touring Car Championship (WTCC) for the entire 2014 season. 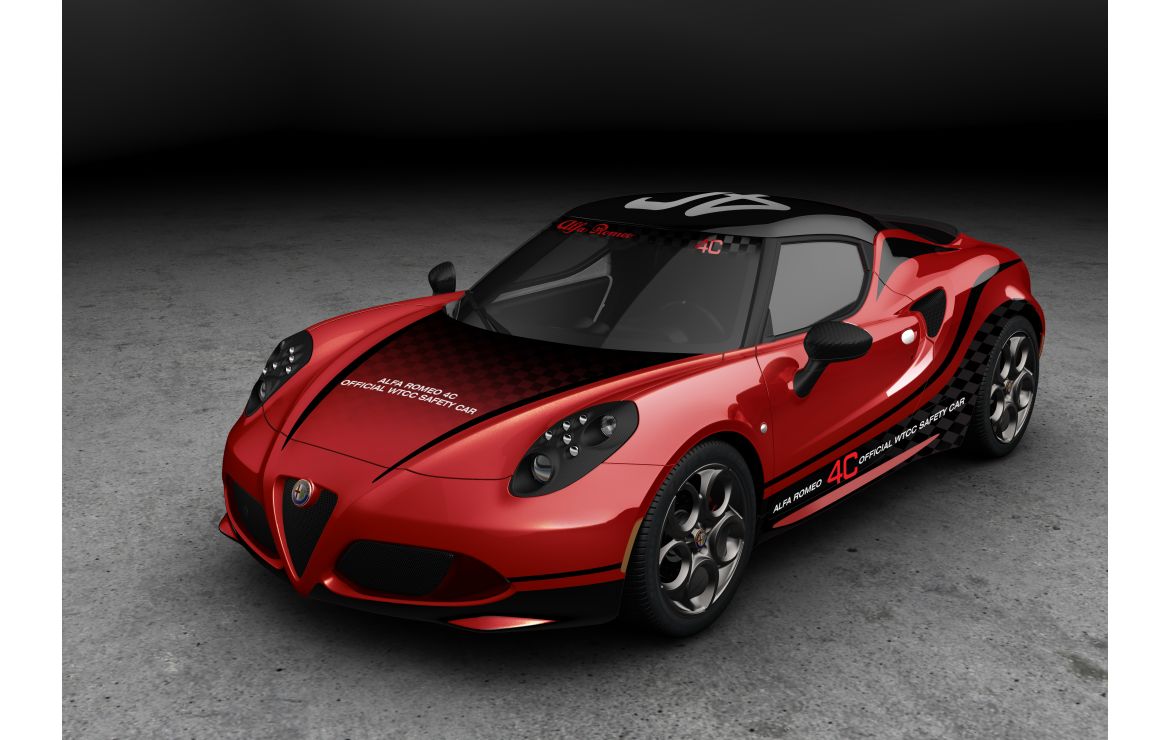 The Alfa Romeo 4C was chosen by Eurosport Events as the Safety Car of the FIA World Touring Car Championship (WTCC) for the entire 2014 season.

The multi award-winning coupé will be finished in a special livery and will be on the grid for every World Touring Car Championship race during the 2014 season, beginning with the Moulay El Hassan Circuit of Marrakech (Morocco) on 12 and 13 April.

Designed by Alfa Romeo engineers and built at the Maserati plant in Modena, the Alfa Romeo 4C is the brand's modern icon and represents the essential sportiness embedded in the 'Alfa Romeo DNA': performance and technical excellence for maximum driving pleasure combined with a breath-taking style.

The mid-engined, rear-wheel-drive, two-seater coupé is a true, uncompromised driving machine that delivers its best on the track, where speed, short braking distances and transverse acceleration are essential in achieving first-rate performance times: 0 to 62mph in 4.5 seconds, 160mph top speed, 1.2g of deceleration force and lateral acceleration forces in excess of 1.1g. This is thanks to an optimum weight distribution - 40:60 front to rear - and its ultra-lightweight construction - comprised largely of carbon fibre, aluminium and SMC - which results in a dry weight of just 895 kg.

The first-rate performance is also due to the combination of the new 240hp 1750 Turbo Petrol engine with the latest-generation 'Alfa TCT' dry twin clutch transmission and the advanced Alfa DNA selector with the new Race mode. The all-aluminium engine, complete with direct injection and a high-performance turbo charger, sets new power and torque records for the segment, at over 137hp per litre and 200Nm per litre respectively.

The Alfa Romeo supercar is therefore the perfect car to play the role of 'Safety Car' in the FIA World Touring Car Championship (WTCC), the international competition for production-derived saloon cars.

Produced and promoted since 2005 by Eurosport Events, the FIA WTCC consists of 12 stages across four continents in 2014. In keeping with tradition, the season will wind up in Macao at the Da Guia circuit on 16 November. All 24 races will be broadcast live by the Eurosport and Eurosport 2 channels.