IN HUNGARY AND AT THE HOCKENHEIMRING, THE SCORPION IS THE WEEKEND’S BIG NAME IN THE PENULTIMATE ROUND OF THE FIA ERC AND THE ADAC FORMEL 4 POWERED BY ABARTH

On the Hungarian tarmac, the penultimate round of the Abarth Rally Cup, part of the FIA European Rally Championship, with three crews in the running: Poloński with Sitek as his co-driver trying to continue their streak of victories, while Rada with Jugas and Gobbin with Grimaldi will try to score their first win of the season. 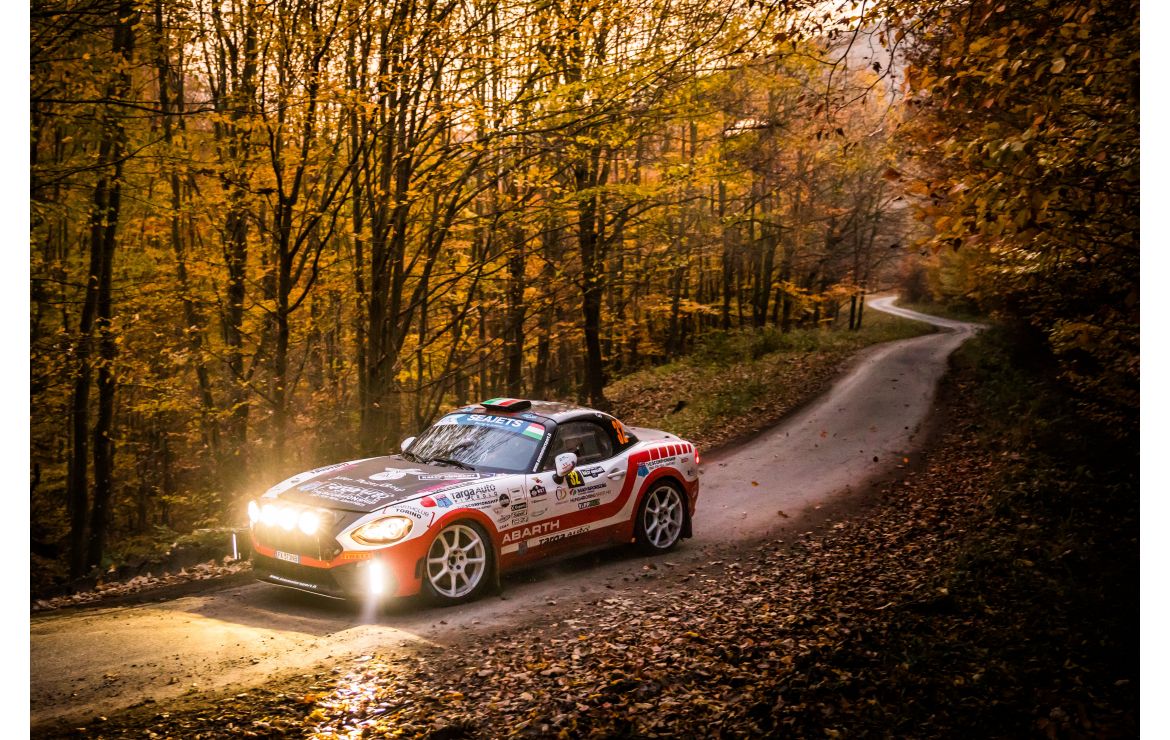 After a break of almost two months, the engines of the Abarth 124 rally cars are starting back up again, in the FIA European Rally Championship (FIA ERC) for the fifth round of the season with the Abarth Rally Cup. After having mathematically won the title at the Barum Czech Rally Zlín, with his fourth victory out of four rounds, Dariusz Poloński – with Łukasz Sitek as his co-driver – will try his best in the Rally Hungary. There will be 14 special stages on tarmac on the agenda on Saturday, October 23rd and Sunday, October 24th, with the start on Friday, October 22nd at 6 pm. Dariusz Poloński and Łukasz Sitek (POL – Rallytechnology), Martin Rada and Jaroslav Jugas (CZE – Agrotec), and Roberto Gobbin and Fabio Grimaldi (ITA – Evo Motorsport) will have to face up to 182 km in their Abarth 124 rally cars on the brand-new and technical special stages of the Hungarian rally.

The single-seaters of the ADAC Formel 4 Powered by Abarth will also be back on track this Scorpion weekend. For the second time this season, the young drivers will face the Hockenheimring track, where the wins at the first event in mid-September went to Oliver Bearman (GBR – Van Amersfoort Racing), Tim Tramnitz (GER – US Racing) and Nikita Bedrin (RUS – Van Amersfoort Racing). The three winners at Hockenheim are also the three major players in the German series. Bearman and Tramnitz are battling for the overall title, with the Brit coming into the penultimate round of the season with a 35-point lead over the German, while Bedrin leads the rookie standings overall, 95 points ahead of Michael Sauter (GER – Sauter Engineering + Design). The ADAC Formel 4 Powered by Abarth weekend will see the drivers on track on Friday at 9 am and 12:05 pm for the free practice sessions, and again at 4.45 pm for the qualifiers. One race is scheduled for Saturday 23rd at 12:00 pm, with two more on Sunday at 9:40 am and 2:15 pm to finish the weekend.