On the roads of the Spanish islands, the home driver won the Abarth Rally Cup and came second in the ERC2. Dariusz Poloński on the ERC2 podium in the FIA ERC European championship. 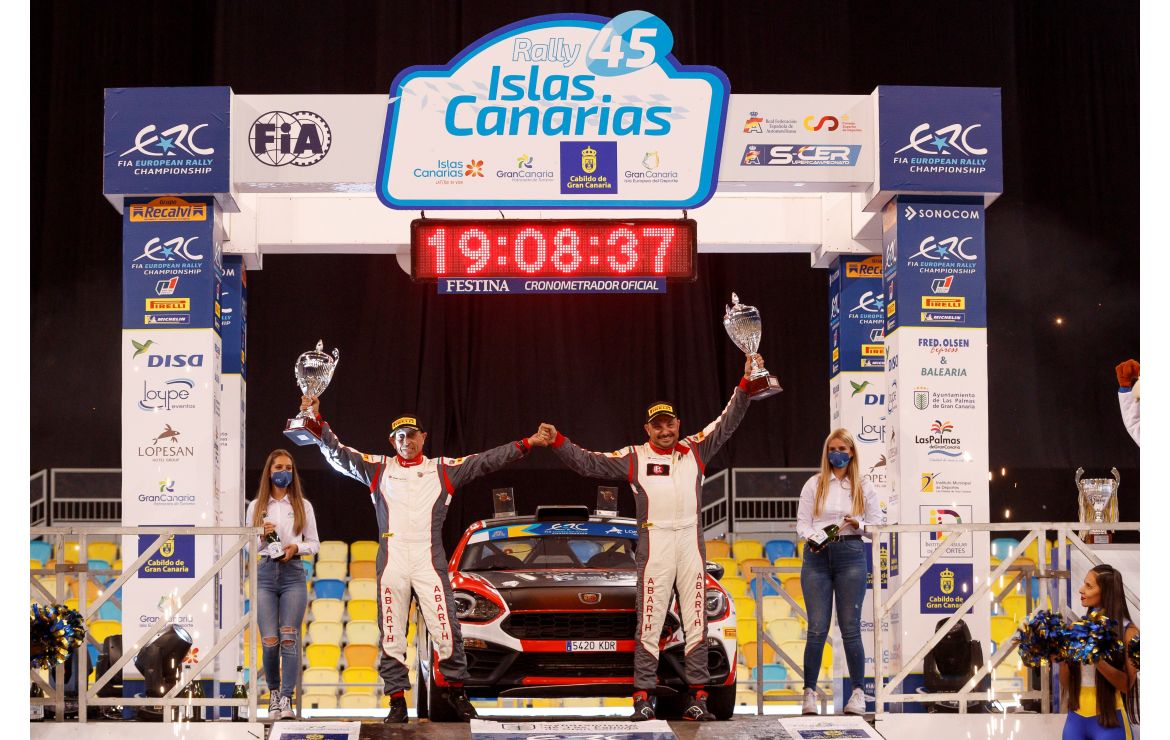 The third season of the Abarth Rally Cup alongside the FIA ​​European Rally Championship (FIA ERC) ended with Carlos García, co-driven by Nazer Ghuneim, taking their first victory in the series reserved for the Abarth 124 rally. In the car tuned up by the “Escudería La Palma Isla Bonita” and after just missing out on success in 2019, the Iberian crew won among the Scorpion cars in the 45th edition of the Rally Islas Canarias, the final round of the FIA ERC European series. García also took second place in the ERC2 standings, just 24 seconds from victory after 197.27 km of special stages.

On the other hand, Dariusz Poloński and Łukasz Sitek (POL – Rallytechnology) did not succeed in their feat of hitting 6 victories out of 6 rallies, and had to content themselves with second place in the final act of the season. An electronics issue during the second special stage immediately put the Polish driver out of action, but he was able to resume his race on Saturday, 80 minutes behind the Spanish crew. Poloński, however, completed the race by recovering some ground during the special stages scheduled on the island of Gran Canaria. After a very high-level season, the 2021 Abarth Rally Cup Champion took to the podium in ERC2, ending the season in third place overall, also thanks to the retirement of his direct opponent, then in the lead in the standings. At the end of the Rally Islas Canarias, he stated: “Despite the issues that meant we were unable to compete in this last rally of the season, we’re very satisfied with what we have achieved. We did our best and we managed to reach the ERC2 podium, battling with really tough opponents. Our congratulations go out to them. I’m happy with the title won in the Abarth Rally Cup in a car that has given us great satisfaction for many years”.