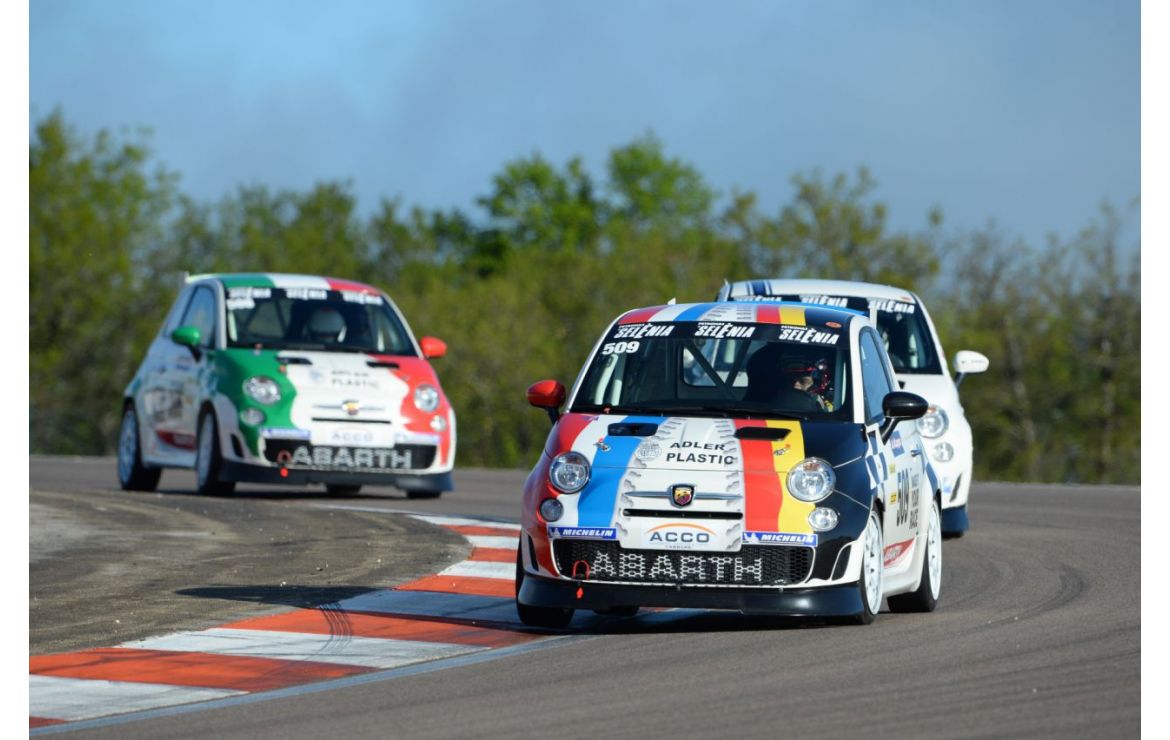 After having battled it out on the Franciacorta (Brescia, Italy) track to take the title of winner of "Make It Your Race" - the first talent show for aspiring drivers - the six finalists of the 2012 edition will be back on the track as professional drivers at the first appointment of 'Trofeo Abarth Selenia Benelux 2013' on 1 and 2 June, on the Nürburgring (Germany) circuit.

Abarth, which has always backed accessibility to the world of racing, is offering these six young drivers the chance to crown their dream of taking to the track for a full season together with professional drivers competing in the 'Trofeo Abarth Selenia Benelux 2013'.

'Make It Your Race 2012' winner Alberto Fontana will be on the starting grid along with Fabio Keller, James Brazier, Arne Krummelberger, Jerome Glesener and Fabien Jeanblanc. After distinguishing themselves with their skill and ability in handling the track and nerves, these young talents will officially compete in the 'Trofeo Abarth Selenia Benelux 2013', racing on prestigious European circuits. Zandwoort (Netherlands, 15-16 June), Colmar (Luxembourg, 20-21 July), Spa Francorchamps (Belgium, 7-8 September) and Zolder (Belgium, 12-13 October) will follow the Nürburgring event.

The best of the group will be given an award at the end of each racing week-end and the special classification for the special "Make It Your Race Trophy" will be updated. It will be a real challenge within the 'Trofeo Abarth Selenia Benelux' with the six young drivers coming from the United Kingdom, Germany, France, Switzerland, Benelux and Italy also competing against all the other drivers entered in the final end of leg and championship awards.

The 'Make It Your Race 2012' finalists grew up with passion for engines and speed, and will not be starring just on the track. The public will be able to follow the tales of their exciting experience as pro drivers on the official Abarth racing blog: http://teamabarth.tumblr.com/ as well as directly on Twitter and Instagram with these hashtags: #topdrivers #miyr #abarth.

It is the perfect final for a dream that started a year ago when they entered 'Make It Your Race 2012', the first talent show for aspiring drivers that attracted more than 30,000 candidacies. Following the extraordinary success of the first edition, Abarth decided to bring the captivating format back again in 2013 with new contents even richer in excitement and challenges. As of today almost 9,000 aspiring drivers coming from 11 European countries are already challenging each other on the web to make themselves known to the programme's panel of judge and enter the selected group of 28 'Make It Your Race 2013' finalists.

There is still time until 15 July to try to become a member of the Abarth team and participate in the final race at Monza on 20 October. Registrations are open on the website www.makeityourrace.com while the complete rules are found at: http://www.mychallenge.abarthworld.com/it/it/rewards-rules/make-it-your-race