Since 2015, FCA Heritage has safeguarded and promoted the historical heritage of the Alfa Romeo, Fiat, Lancia and Abarth brands, via dedicated services and educational/cultural activities. A major milestone, but most of all a new starting point to look to the future with increasing momentum. 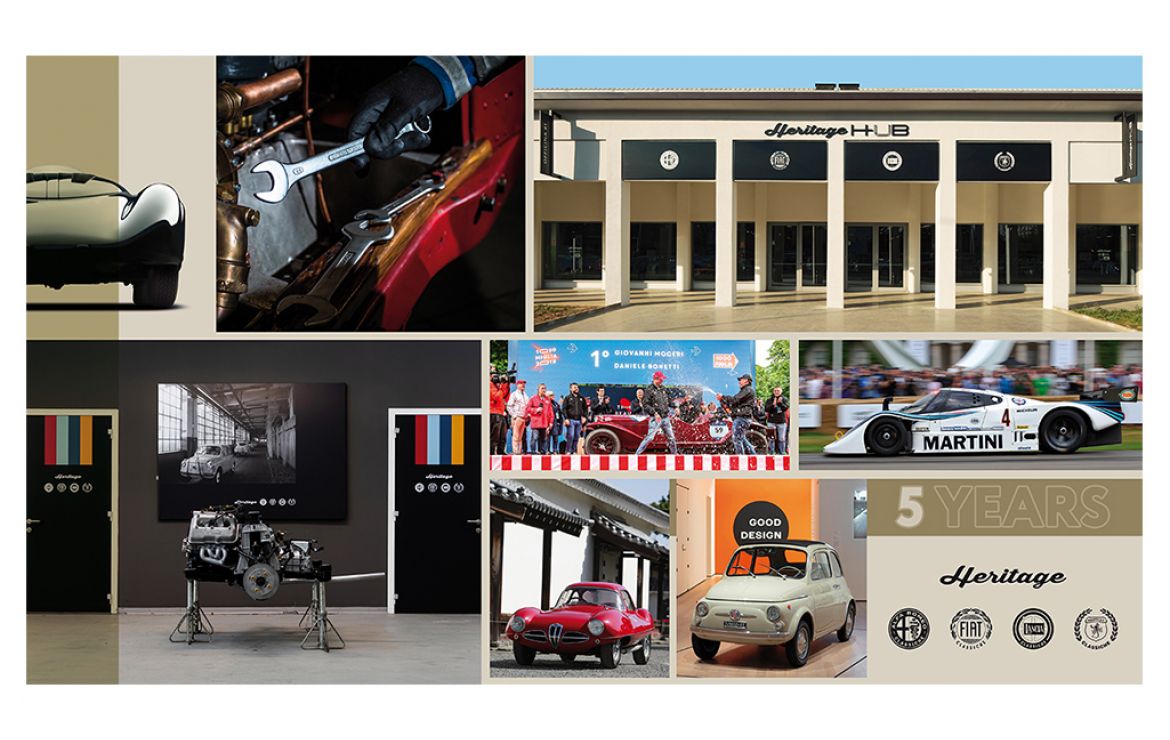 This week marks the fifth anniversary of FCA Heritage, the Group department focused on the safeguarding and promotion of the historic heritage of the Alfa Romeo, Fiat, Lancia and Abarth brands. A major milestone, but most of all a new starting point to look to the future with increasing momentum, continuing to bring FCA’s automotive heritage back to life by means of a platform of educational, sports and cultural services and activities, designed and coordinated by FCA Heritage at the Hub in Turin, its innovative headquarters set up within the historic Mirafiori industrial complex in 2019.

“Its name alone is a great summation of the reason why FCA Heritage was created. Heritage is a term commonly used in Italy as a byword for tradition and history, never mind its further – perhaps more literal – meaning of a legacy, an inheritance to be passed on,” said Roberto Giolito, Head of EMEA FCA Heritage. “For us, the 2015 creation of FCA Heritage means delivering a broader view of all the heritage represented by our history and traditions. Not only a celebration but an enhancement, not only a safeguard but a revival. This priceless legacy continues to inspire the models of tomorrow, of course more sustainable and better connected, but which also preserve the world-renowned Made in Italy style for posterity.”

Collaborations with prestigious art and design museums around the world

In the past five years, FCA Heritage has established major partnerships with some of the most famous museums in the world, to create an invaluable exchange network with the international cultural scene. The proof lies in the temporary loans of some of its heirlooms to the Victoria & Albert Museum, London (United Kingdom); to the Musée National de la Voiture, Compiègne (France); to the Triennale Design Museum, Milan (Italy); to the Sinsheim Museum of Technology (Germany); to the National Automobile Museum, Turin (Italy); and to the Alfa Romeo ‘Museum of Emotions’, set up in 2016 at the Complejo Duques de Pastrana in Madrid. Forming part of the same initiative was the research into and restoration of a vintage Fiat 500 F series (1968) – donated by FCA Heritage to MoMA, New York to celebrate the 60th anniversary of the iconic car, which took its place in the permanent collection of the U.S. museum in July 2017. That prestigious inclusion thus represents a 'certification’ of the historical importance and symbolic value of the Fiat 500 in the 1950s: an icon of Italian style that embodies many of the characteristics of the Modernist designs of that period, as a link to the themes explored by the collections on display at the New York museum.

The relations with these renowned cultural institutions have inspired one of the services developed by the Heritage department, launched in 2018: the “Reloaded by Creators” program, whereby a selection of vintage cars are acquired, restored, certified and brought back onto the market, with the proceeds used to purchase new vintage cars for the Group's collection. Leading art museums also work on similar initiatives, to fund the acquisition and restoration of other masterpieces.

Cars exhibited all over the world, winners of the best-known races for historic cars

As well as having been exhibited at the most famous museums in the world, FCA Heritage rarities have also taken part in the biggest motor shows and industry events in Europe – the Department's home base, but also in America and Asia, taking the models to over 20 countries. Examples include participation in several editions of the Goodwood Festival of Speed (UK) and the Targa Florio: in 2016, John Elkann, Chairman of FCA, took part in the 100th run of the historic race in Sicily, on board the iconic Alfa Romeo Giulietta SZ. In addition to these dynamic events have come various Concours d’Elegance for vintage cars, not least in 2018 at Nijō Castle, Kyoto (Japan), starring the Alfa Romeo 1900 C52 Coupé, better known as the ‘Disco Volante’ (‘Flying Saucer’), and in 2016 on Amelia Island (Florida, USA), where the Brabham BT45 Alfa Romeo triumphed in its category. These represent only a small yet significant sample of the work done by FCA Heritage to promote and raise awareness of masterpieces of Italian automotive technology all over the world. Courtesy of invaluable technical support from the Officine Classiche, some of these rarities have also featured prominently in the most famous veteran car races. Just one example is the extraordinary Alfa Romeo 6C 1500 SS (1928), belonging to the Museo Storico Alfa Romeo in Arese, which won the 2019 historical re-enactment of the ‘Mille Miglia’, the most important vintage car regularity race in the world.

The refurbished Officine Classiche, where legendary vintage models are reborn

Just a few days ago was the inauguration of the new Officine Classiche – the FCA Heritage restoration and certification atelier – where some of the services most valued by vintage car enthusiasts are carried out: from Certifications of Authenticity to technical assistance and maintenance services, all the way to comprehensive restoration. Expanded and completely refreshed in their external appearance and spatial layout, the Officine Classiche are an undisputed flagship for FCA Heritage. Opened in 2015 in the former site of Mirafiori Workshop 83 on Via Plava, Turin, the Officine Classiche now occupy a surface area of approximately 6,000 m2 – compared to the original 900 m2, and are equipped with 12 hoists, specific machine tools and a line for highly accurate finishes, which includes a cabin specially designed for the painting of individual components. This is where all repair, restoration and certification operations are carried out on vintage Alfa Romeo, Fiat, Lancia and Abarth cars, belonging both to private collectors and to the priceless collection held by FCA Heritage. In total, from 2015 to date, dozens of restorations have taken place and around 500 certifications have been issued to car owners all over the world: from Japan to the U.S., from Costa Rica to Thailand, all the way to the Caribbean island of Antigua. The major innovations at the refreshed workshops include greater affinity with the corporate identity of FCA Heritage, in a continuation of a journey embarked on in 2019 with the Heritage Hub, then further pursued in early 2020 with the new Heritage Gallery at Mirafiori Motor Village. The restyling of the Officine Classiche also pays tribute to the renowned Mirafiori industrial complex, the largest FCA plant in the world and their home since 2015. The walls of the atelier are now embellished with evocative historical images of production at the Turin plant, alternating with contemporary graphics and photos portraying some of the most iconic vintage cars in the Group's collection.

One of the most fascinating FCA Heritage projects is clearly “Heritage Parts”, the new line of spare parts faithfully reproduced courtesy of the collaboration between FCA Heritage and the Mopar brand. Launched in late 2019, the project began with front and rear bumpers for the Lancia Delta HF Integrale and Lancia Delta HF Integrale Evoluzione. The “Heritage Parts” bumpers – which can now be ordered from the FCA Authorized Workshop/Dealership Network or directly from the Mopar Store – are produced from specially restored original molds. The products offered by Mopar and FCA Heritage use original molds and materials, ensuring a perfect fit, so the cars can take to the road in full compliance with current type-approval regulations. New components are currently being researched and are due to be unveiled in the coming months.

Finally, it should be remembered that in 2019 the " Fiat Abarth 595 Classiche Kit” made its debut, a re-edition of the tuning kit inspired by the original boxes that Carlo Abarth started making for the Fiat 500 in 1963. Retaining its original design, the wooden box contains all the mechanical components needed to upgrade the engine of vintage Fiat 500 cars or to replace the worn mechanical parts of classic Fiat Abarth 595 cars.

More information about this product is available in the Store section of the FCA Heritage website.

Heritage Hub, a symbolic location where history looks forward to the future

A special mention as one of the most significant achievements of FCA Heritage goes to the Heritage Hub, the department’s Turin ‘home’, where all the services and products for vintage car enthusiasts are based. A fluid, creative space, it is housed in an advanced, evocative building, where interaction and connectivity are used to take a contemporary look at the glorious history of Fiat, Lancia and Abarth, the brands most closely linked to the Turin area, along with Alfa Romeo. Since 2019, it has been located in the former Officina 81 on Via Plava, within the Mirafiori industrial complex. The environment has retained its industrial appeal – the walls, floors and forest of columns have been restored in their original colors and materials, becoming a fluid and creative, modern and stimulating multifunctional space, the ideal expression of the FCA Heritage mission: protection, dissemination and promotion of FCA’s Italian brands and their historical heritage. The original site has undergone a painstaking conservative restoration, respecting its industrial nature, its historic colors of mustard and green, its concrete flooring and its forest of metal columns. Visitors can look up to admire the pending exhibition on the history of Mirafiori, a series of photographs and texts telling the story of the biggest events that took place at the plant, in an engaging and intuitive way. The centerpiece of the Hub is the unparalleled display of cars: an area of 15,000 m2 within the pavilion plays host to over 300 cars, real gems of the Group's collection – some on show to the public for the first time. The site is therefore an educational and emotional nexus: not a conventional museum space, rather a truly three-dimensional archive, one constantly being added to. This is epitomized by the most recent addition to the exhibition, to expand its collection even further: the New Fiat 500 electric presented on July 3rd to Sergio Mattarella, President of the Italian Republic, in the gardens of the Palazzo del Quirinale.

Since the establishment of FCA Heritage, the fcaheritage.com website has been the department’s ‘online showcase’. Available in four languages, the portal is the point of reference favored by the international community of enthusiasts and customers who come into contact with FCA Heritage on an everyday basis to request information, services and advice.

To ensure even easier and more direct access to the wealth of automotive knowledge and rarities safeguarded by FCA Heritage, official social media pages went live last June on Instagram and Facebook, to add to the YouTube channel, which has been online since 2016 and has racked up over 9 million views. The two new accounts – the identity of FCA Heritage on social media, giving details of locations, services, activities and events – have already exceeded 10 million impressions. The new official pages also leave plenty of room for the stories of the characters and cars that have made the department’s brands great. Users and fans can even interact directly with the FCA Heritage team, by uploading images and experiences of their vintage cars. 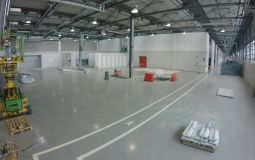