Two years after their launch, the Peugeot 308 and 308 SW have confirmed their commercial success with a spot on the European C-segment podium. An increasing number of clients are delighted with the 2014 Car of the Year when they first buy it and in the long-term, and in 2015 it was the most manufactured car in France. The brand invited 80 journalists of 21 different nationalities to the Belchamp Technical Center near Sochaux (France) to try out some Peugeot 308 cars with very high mileage to see for themselves the PSA Peugeot Citroën Group's very rigorous development and production processes. 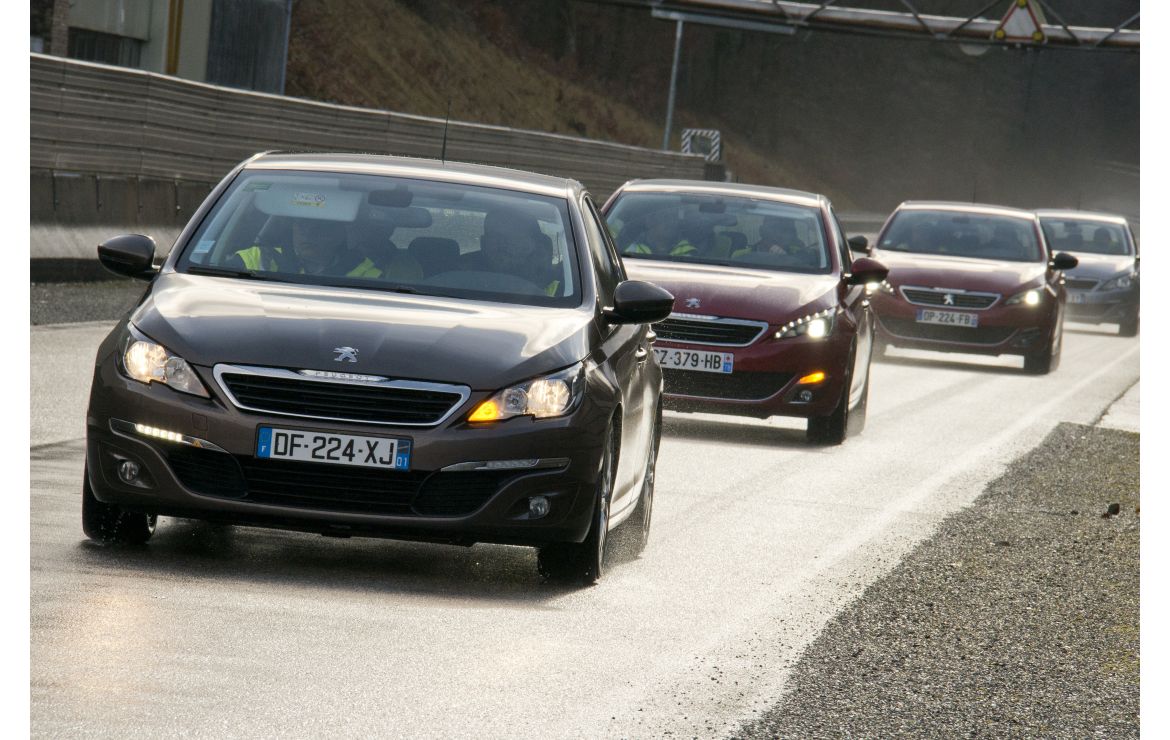 With 219,000 vehicles sold in Europe in 2015, including 114,000 saloons and 105,000 SW, the 308 family has grown by 37% compared to 2014. The saloon alone, embarking on its third full year of sales, has grown by an additional 9%, due in particular to the success of its sports versions - the GT and GTi by Peugeot Sport - and the GT Line finishing. These high-end versions account for over 16% of sales, enabling the 308 range to register a rich mix of over 40% (from Level 3). These excellent results make a direct contribution to the brand's overall performance, with sales up by 9.4% compared to 2014.

Consistent with demand in the European markets, the Peugeot 308 even became the most highly produced car in France in 2015. 243,000 Peugeot 308 and 308 SW cars left the Sochaux factory last year, 38% more than in 2014. Current production stands at 55 vehicles an hour, or a daily output of 1,157 vehicles. With over 70% of its components made in France, the Peugeot 308 is the brand's 5th model with the "Guaranteed Made in France" label.

With the ultra-sporty GTi by Peugeot Sport launched last October, Peugeot 308 is now the brand's most comprehensive range and a successful part of the brand's strategy of upmarket positioning.

Long-term satisfaction acknowledged by its users

The Peugeot 308's perceived long-term quality and its excellent long-term performance are visible proof of its rigorous design. Our exacting quality standards were incorporated at the very start of the project with this vehicle. We will push even further this new standard for all the future PEUGEOT vehicles.

Quality was one of the main cornerstones of the 308 project, deeply embedded in the work performed by every team at every design stage. The clearly expressed aim at the launch was to position the Peugeot 308 straight away at the top end of its segment, particularly on the same level as the VW Golf. The result was commended by the public and the profession, which made the 308 the 2014 European Car of the Year. Responding to market expectations, the Peugeot 308 went on to reap thirty or so prizes worldwide throughout its first year of sales. These awards enhanced, among other things, the overall perception of the new vehicle quality, which boded well in terms of the ageing and reliability of the Peugeot 308.

The Group's Quality Management System used the 308 project to lay down high standards based on our know-how, to lead us on the path of excellence.

Just over two years after its launch, the results from customer surveys, business users, media tests and, of course, the many in-house tests, demonstrated that the 308's long-term quality remains at the same level as when it left the factory. The static and dynamic qualities of a Peugeot 308 remain intact, even with high mileage and when driven in harsh conditions. This is the result of incorporating long-term quality, reliable equipment and durable parts in the design of each component.

The journalists were therefore able to assess and test a sample group of Peugeot 308s - all with between 40,000 and 120,000 kilometres on the clock - which had come directly from private owners or had been used in-house. Several in-house vehicles had been driven over 60,000 kilometres in demanding conditions. For the occasion, the journalists were able to witness the excellent long-term performance of a 308 PureTech 130 S&S BVM6 saloon which had been completely taken apart after 80,000 kilometres, many thousands of which were completed on badly damaged roads or on tracks in hot or very cold climates.

They were also offered a tour of the facilities at the Belchamp private technical center which test a vehicle's endurance capacity at every design stage, such as the 4 cylinder endurance test frame, seat torture test bed, endurance tracks, etc.

Peugeot wanted this day to show that its ambitions are worthy of the trust placed in it by its clients. The processes used on the Peugeot 308 to achieve this level of quality are applied in the design of all future Peugeot vehicles.