Peugeot Sport celebrates its 40th anniversary… Created in October 1981 and originally called Peugeot Talbot Sport, Peugeot Sport has been competing successfully in motorsport’s topflight championships and competitions across the globe for four decades. During this time, the French brand has proved a pioneering force in racing and rallying alike with some of the sport’s most iconic cars in the hands of exceptional drivers. Since its victory in the world’s first-ever timed event, the 1895 Paris-Bordeaux-Paris road race, the brand has used motorsport to take its technology forward. Today, its Hypercar programme in the FIA World Endurance Championship (FIA WEC) with the recently-revealed PEUGEOT 9X8 sees it begin a fifth decade on the world stage with the aim of adding another glorious chapter to a sporting adventure that has long embodied its quest for excellence and shared emotions. 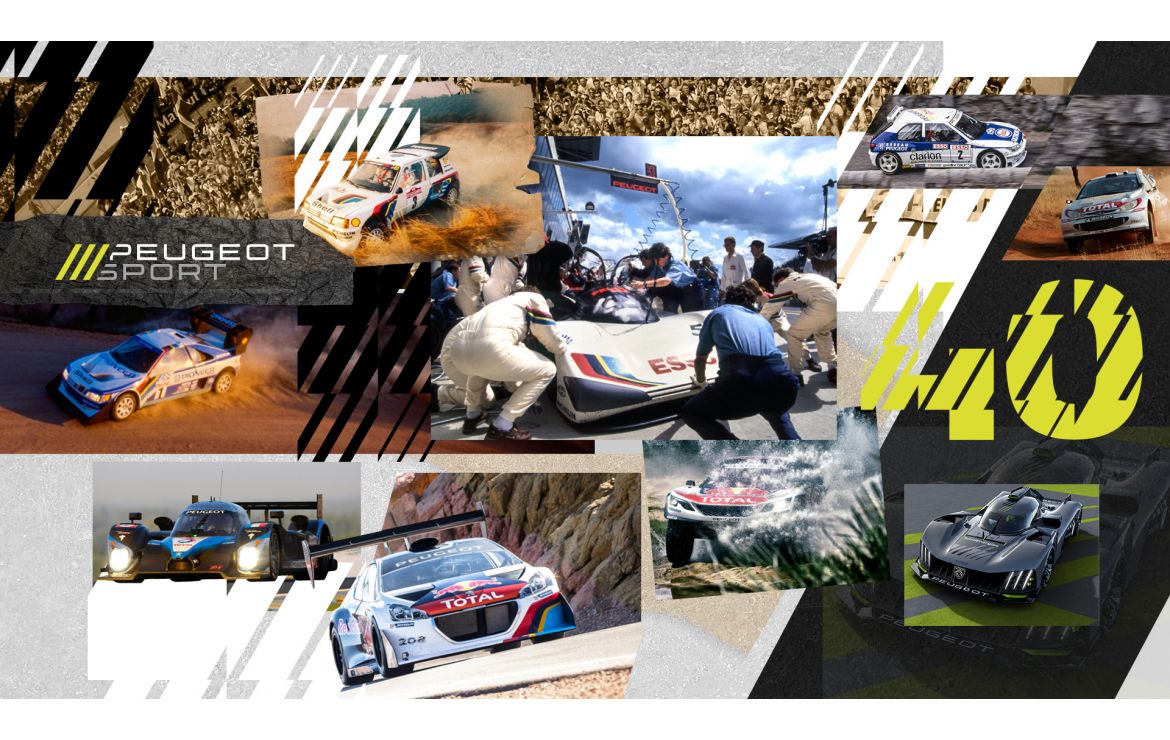 Statistics can be little more than symbolic at times, but there is no escaping the fact that Peugeot Sport has harvested many more resounding victories than the number of years that have passed since its creation in October 1981, forging a record that speaks volumes for the team’s ongoing quality and judicious sporting strategy. “Motorsport provides the automobile industry with an exceptional technology laboratory for the acceleration of research and progress,” believes Peugeot’s CEO Linda Jackson. “For our brand, it plays an essential part in the rollout of our models and our plans for tomorrow’s mobility. Not only have Peugeot Sport’s 40 years in motorsport reaped a long list of wins and titles, but they have also been a source of real pride. It is this heritage that guides us and, above all, serves as a springboard for further conquests, both today and in the future.

Created by Jean Todt and initially known as Peugeot Talbot Sport, Peugeot Sport has produced numerous iconic cars, including the memorable 205 T16, 405 T16, 206 WRC, 306 Maxi and 905, followed more recently by the 908, 208 T16 Pikes Peak, 2008 DKR, 3008 DKR, 208 WRX and, now, the revolutionary 9X8 which is poised to play a core role in Peugeot’s electrification plan, while at the same time embodying the close ties between the brand’s sporting arm and design team.

Over the past 40 years, the men and women at Peugeot Sport have risen successfully to the challenge of so many legendary events at both world and national level, and it is their passion and professionalism – two fundamental values – that continue to inspire the current team.

Looking back over the decades inevitably conjures up images of Peugeot Sport on its way to claiming titles and triumphs in the FIA World Rally and World Rallycross Championships, on the famous Dakar Rally, in the Le Mans 24 Hours and at the Pikes Peak ‘Race to the Clouds’ International Hill Climb, as well as in circuit racing in France and elsewhere, plus Formula 1 podiums as an engine supplier, etc. etc.

Over the years, the different champions who have driven these cars – many of which have left an indelible mark on their respective eras and disciplines – have been able to count on Peugeot Sport’s meticulous, conscientious, combative and innovative team members who, along with the managers who have led its successive campaigns, have flown the brand’s colours high and proud. The hunger for victory of past Directors like Jean Todt, Corrado Provera, Jean-Pierre Nicolas and Bruno Famin – to name but them – has been driven consistently by a determination to bring everyone together, innovate, inspire and move forward.

With motorsport so embedded in the French carmaker’s DNA, all Peugeot Sport’s programmes have been geared to backing a particular vision or technological strategy of the French carmaker in areas ranging from safety and performance, to new forms of energy, efficiency, electronics and driver aids.

Today, electrification is at the heart of Peugeot Sport’s Hypercar programme with the 9X8 in the Le Mans 24 Hours and FIA WEC and symbolises the stakes of Peugeot’s plans for tomorrow’s mobility while contributing to its research efforts as the drivers put new ideas through their paces for the benefit of everyday motorists in a virtuous racetrack-to-street cycle.

This month, Peugeot Sport is celebrating its 40th anniversary which, although an important landmark, is just a step along the long road ahead of further enriching breakthroughs, experience and adventures.