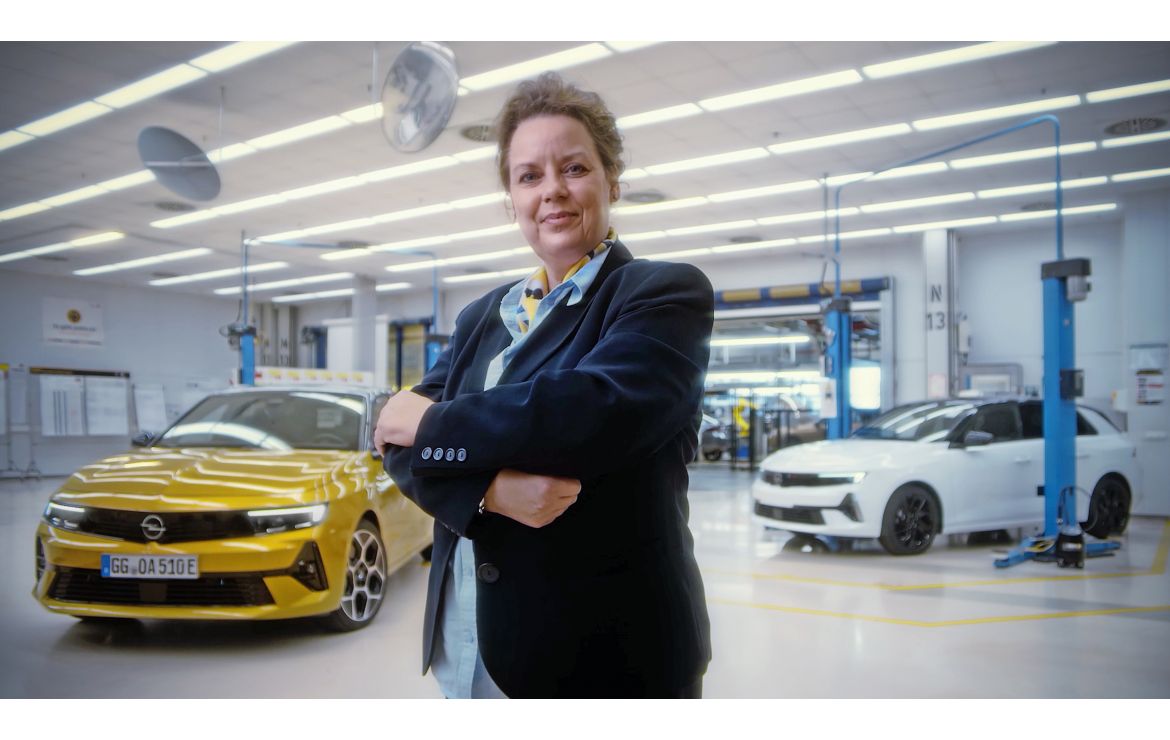 Rüsselsheim.  The new Astra celebrated its world premiere at Opel's headquarters in Rüsselsheim on September 1. With its bold and pure design, the Astra, which is also available as an electrified model for the first time, has been generating pure emotion ever since. Customers can order the newcomer before the end of the year, with prices starting at €22,465 (RRP incl. VAT in Germany). The all-new sixth generation of the Astra was essentially developed over three years by a 25-strong core team. Remarkably, about half of the team members were women. The quality criteria of the strategic suppliers for the Astra, for example, were steered by Zuzana Majorova. The development of the fully digital cockpit, the Opel Pure Panel, was led by Haiyan Yu. The design of the interior colours and materials was largely determined by Ilka Höbermann. And it seems only logical that Mariella Vogler, as chief engineer, was in charge of the overall development and placed great emphasis on “perceived quality”. “An international team has come together that has realised a goal with great openness and mutual appreciation,” says Mariella Vogler. “You cannot create a car that is capable of arousing positive feelings with an elbow mentality. It is not so much the female factor that has influenced the result, but the diverse skills and talents that have made the cooperation, the interaction and thus the final product better.”

Ultimately, the new Astra was developed differently from any Opel before: more emotional, with a strong focus on “perceived quality”. Whether visual, acoustic or haptic stimuli - the new Astra should trigger satisfaction in the customer across all sensory boundaries. “We wanted to create a likeable vehicle that is perceived as desirable through and through,” explains the chief engineer. In this context, “perceived quality” is not an unknown discipline in the world of vehicle development, but in the new Astra it was consistently included as a fixed specification from the outset for the first time.

The decision for this paradigm shift is closely linked to the brand's realignment, which took place in 2018 in parallel with the start of development of the bestseller. At that time, experts from the areas of design, marketing and engineering were intensively engaged in embodying the Opel values of “German”, “approachable” and “exciting” via design language, technology and vehicle substance. The Opel design philosophy with the attributes “bold” and “pure” was born. So it was the right time to create an Astra with a very special character.

What makes the new Astra so desirable is not only its clarity, but the sum of strong feelings that can be found in many facets of the car. The lines in the side view have been drawn clearly, but at the same time strongly, so that a feeling of confidence can arise. “As a father or mother, when you put the child in the seat and close the door, you want to know that you and your family are protected,” Mariella Vogler explains. An example of haptic excellence can be found at the rear of the Astra five-door. The team wanted to avoid that unpleasant feeling that everyone knows when you have to reach into an invisible hollow on the tailgate to unlock it. So they integrated the opening mechanism into the Opel logo. The result is a Blitz to touch for a handle that triggers togetherness. The Astra also pays tribute to its history with another detail: the “gills” on the C-pillar are reminiscent of the Opel Kadett.

The leap in time that has taken place in the interior of the new generation Astra is closely linked to the “perceived quality”. When you take a seat behind the steering wheel, you feel welcome. This feeling of well-being is achieved by reducing the interior to the essentials - the development team calls it “Visual Detox”. With the fully digital Pure Panel, analogue displays are a thing of the past. Instead, the new human-machine interface offers an intuitive user experience with a clear appearance. The fact that the team has provided some functions with switches is intended to emphasise the Astra's helpful character. For example, when the driver feels the need for fresh air, the “Max AC” switch immediately provides full power from the air conditioning.

To create a holistically pleasant atmosphere, the team has even given the new Astra its own soundtrack - as far as safety specifications have allowed. Chimes provide a completely new and pleasant acoustic environment – the rhythmic sound of the indicator; the seat belt warning signal. The team felt that canned sounds were too impersonal. So they asked a musician to come to the recording studio and record the sound sequences on his string and percussion instruments that now accompany the driver in harmony.

Hand in hand: “Soft quality” based on “hard quality”

Perceived quality has taken on a new significance in the Astra, but other typical Opel features have not been pushed into the background as a result. “It was clear to us that the new Astra can only arouse desires if we retain proven brand attributes. So in addition to ‘soft’ perceived quality, 'hard quality' also plays an important role”, says Mariella Vogler. After all, Opel has long been known as “the reliable one”. In addition, the new Astra also brings innovations to the compact class that were previously only found in vehicles in higher classes. These include the latest version of the adaptive Intelli-Lux LED® Pixel light or the AGR-certified front seats (“Aktion gesunder Rücken e.V”/Campaign for healthy backs) developed in-house. One feeling that prevails in the development team is pride in their achievements: “We want customers to feel the enthusiasm that everyone involved in the development has put into the car,” concludes the chief engineer on behalf of her entire team.