Last Saturday, the Ducato turned 40 and is celebrating as the undisputed leader in its sector, courtesy of a major record in sales: last year, it was the best-selling commercial vehicle in Europe according to Dataforce, with over 150,000 units sold. 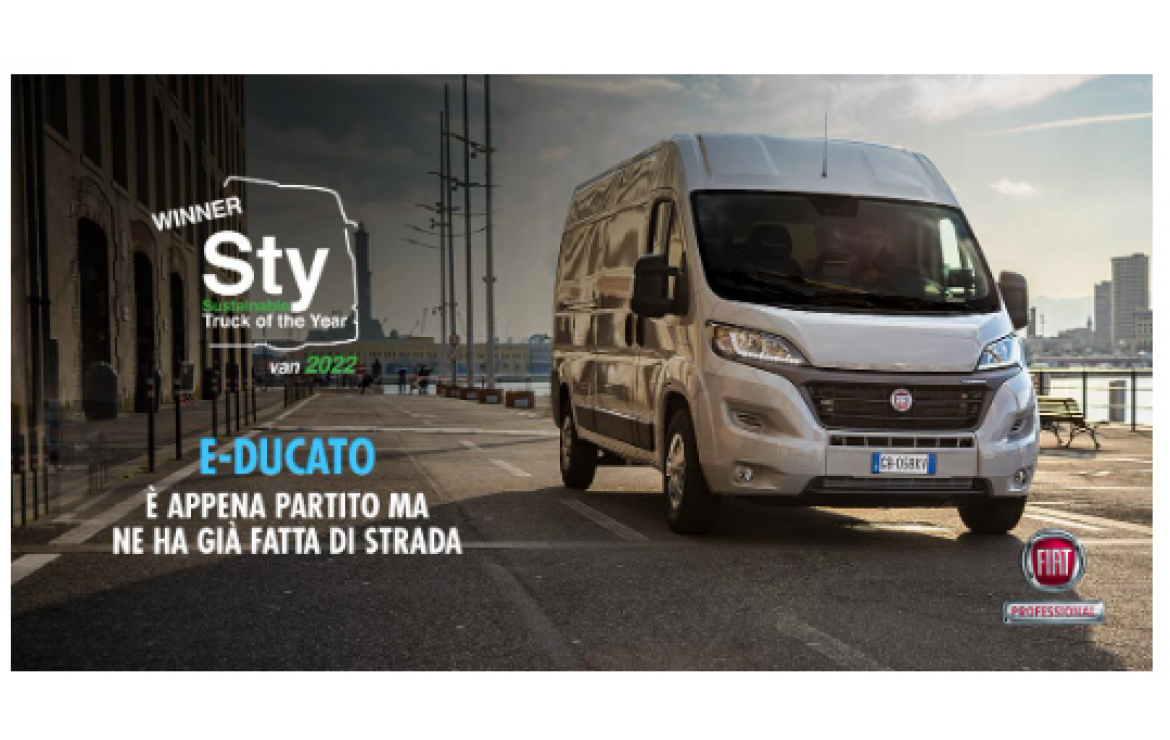 Last Saturday, the Ducato turned 40 and is celebrating as the undisputed leader in its sector, courtesy of a major record in sales: last year, it was the best-selling commercial vehicle in Europe according to Dataforce, with over 150,000 units sold.

A leader in its segment since 2014 and the best-selling commercial vehicle in 2020, Ducato is the undisputed leader in the large van segment in 13 European markets and is the only one created specifically as a motorhome base.

The celebrations have continued in 2021, marking the major milestone of reaching its 40th anniversary with the 100% electric version of the model that was unveiled to the public last April.

Starting off from the configuration of the electrics, this confirms that the E-Ducato has been modeled around customers’ requirements. Courtesy of its original, uncompromising “all-forward” architecture, with no bulk at the bottom of the chassis and ample distance between the side rails, the new model’s batteries are optimally placed under the floor, leaving intact a load capacity that ranges from 10 to 17 cc in volume and almost 2 tons of weight. Other obvious advantages are the optimal distribution of weight and the lowering of the center of gravity, to improve the vehicle’s handling under all load conditions.

The E-Ducato can achieve equivalent performance to diesel versions, courtesy of an electric motor with maximum torque of 280 NM delivering up to 90 kW of power (approximately 122 hp) and 0-50 km/h acceleration in 5 seconds.

Once again in terms of flexibility, it is worth noting that, to meet such a wide and diverse range of needs, the E-Ducato also offers the Drive Mode Selector: in “Normal” position, it ensures the ideal balance between performance and costs, or it can be set to “Eco” mode to save energy. When a really heavy load needs to be carried or the vehicle is facing a demanding ascent, the right choice is “Power” mode. E-Ducato has another two features to provide drivers with safeguard drivers’ peace of mind:

- “Turtle Mode”, similar to the battery saver function on a mobile phone, which is activated automatically when the battery is low and limits vehicle performance, to make the battery last 8-10% longer.

- “Recovery Mode”, making the E-Ducato the only electric vehicle that never stops. In fact, if one battery module does not work, the others take its place to make sure it can keep going.

All in all, the model’s flexibility, its best-in-class specs and its reliability guarantee its residual market value.

At Ecomondo in Rimini, a benchmark event in Europe for the eco-friendly transition and the new models of a circular and regenerative economy, the E-Ducato was given another acknowledgment of esteem and consensus, receiving the award for Sustainable Truck of the Year 2022 promoted by Vado e Torno and Sustainable Truck & Van editorials.

The assessment by a group of experts with connections to the magazine was highly structured, with the factors under consideration as follows: engine and fuel type (diesel, hybrid, gas, electric); transmission; safety systems; comfort; connectivity. Finally, overall sustainability was also assessed, for specific aspects such as power-to-weight ratio, recyclability of the components and TCO.

Collecting the award was Gianluca Zampese, LCV Business Unit & Autonomy Manager. He stated: “we’re very proud of the award we have received today. It sets the seal on our commitment at the newly established Stellantis to paying more and more attention to environmental sustainability and to the new requirements of clients who are more demanding in professional and environmental terms.”

The E-Ducato marks a major turning point in the name of sustainability and alternative powertrains, staking an authoritative claim as a benchmark in last-mile deliveries in the field of zero-emissions vehicles.

It is doing so without giving up on its DNA, remaining 100% true to the iconic name of “Ducato” by putting its solid credentials into play: a 122-hp engine, the perfect solution for use in the city; range of up to 370 km depending on the batteries; 17 m3 of volume; capacity of 1,910 kg. Two of its most popular features are its connectivity and the attention paid to safety.