Each day is different in the exciting world of the ABB FIA Formula E World Championship, and now it will be decided in the final double-header in Berlin. 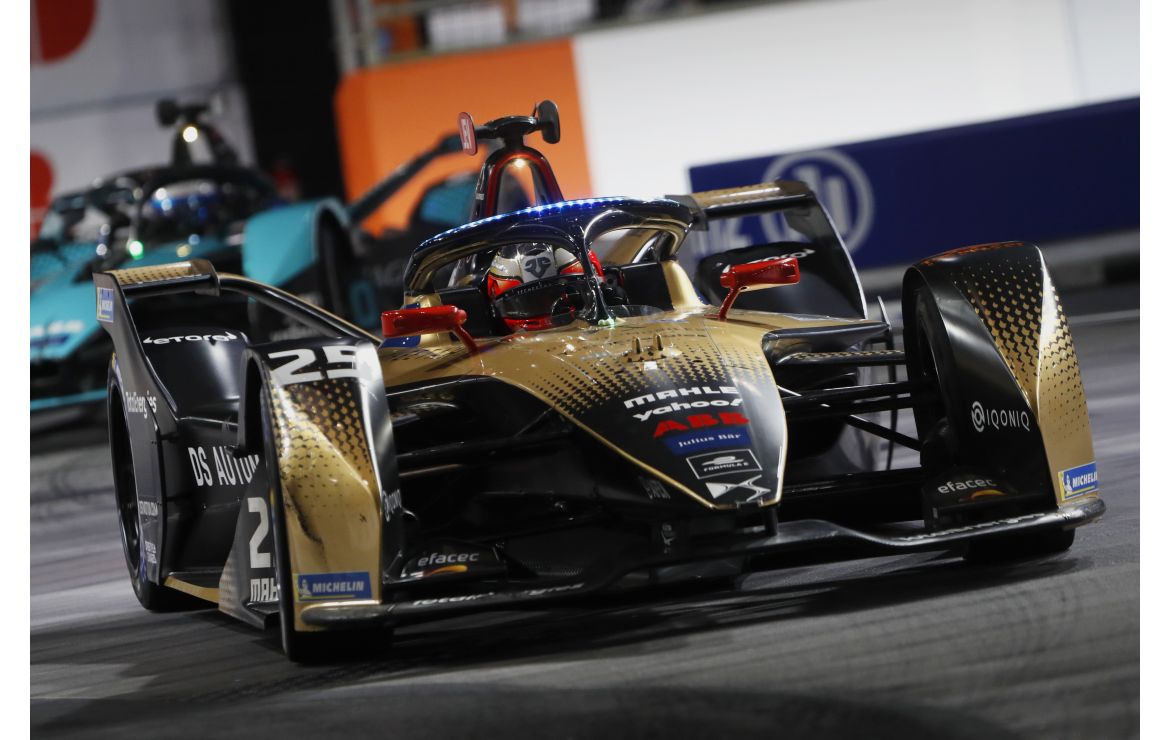 The second race of the London E-Prix did not go as planned for DS TECHEETAH, as António Félix Da Costa and Jean-Éric Vergne were not able to fulfill the potential of the DS E-TENSE FE21 and score points.

The team will go into battle in Germany with a chance to win both titles. In the Drivers’ competition, Antonio is now fifth and 15 points from the top, while JEV is 27 points behind the leader. In the Teams’ standings, DS TECHEETAH is fourth, 17 points from the top.

Today, on the 2.25-km ExCel circuit of the London E-Prix, Vergne and Da Costa were 12th and 13th fastest in the third free practice session, but once again qualifying was to be a frustrating exercise, with Antonio (in group 1) taking P22 on the grid and Vergne (in group 2), P23.

Both DS TECHEETAH drivers had a good starts in the race, recovering positions in the initial laps up to 16th (Da Costa) 18th (Vergne) by lap 6, when a first safety-car period occurred. The Portuguese driver would climb up to P12 but unfortunately, he was squeezed against the wall by Lotterer when attempting to pass the German, and had to retire.

“It wasn’t the kind of Sunday we wanted to see… Way too many crashes and many drivers finishing the race with damaged cars. It’s a big disappointment. I started last and came back to 14th. Now we have to keep our heads down and continue working hard. There are still two races and we are ready for the final fight in Berlin.”

“It was a hard day today… We did not qualify well again, for the same reasons, but in the race, we were almost back in the top-10 when I was pushed off the track… It hurts, we could have scored some very valuable points. Now we go to the final showdown in Berlin, we’ll need to fight for it as we did it last year, and I am confident that as a team, we will give it our all.”

“An incredibly difficult day today where both drivers ended up out of the points. António was taken out in a dramatic battle with Lotterer that put an end to his extremely competitive drive. JEV was also involved in a number of incidents as he fought his way forward. Berlin is coming up where we have had great success and hope to repeat as we go into the final 2 races of `season 7.”

“Sports is sometimes unfair and this happens in Formula E as well. After a difficult qualifying, our drivers again proved in the race the potential of our car but the numerous incidents dashed our hopes to score points. Still, we will not give up and we’ll go to Berlin fully determined to defend our two titles.”