The 12th round of the ABB FIA Formula E World Championship was held today in London and proved that the Championship is still wide open and it is becoming clear that the title battle will go down to the wire. The race, the first ever held on the 2.25 km London ExCel circuit, yielded the ninth different race winner in 12 races. It wasn’t an easy Saturday for DS TECHEETAH, but by finishing 8th, António Félix Da Costa managed to put DS TECHEETAH back at the top of the Teams’ rankings, currently leading by 2 in points over Envision Virgin Racing. 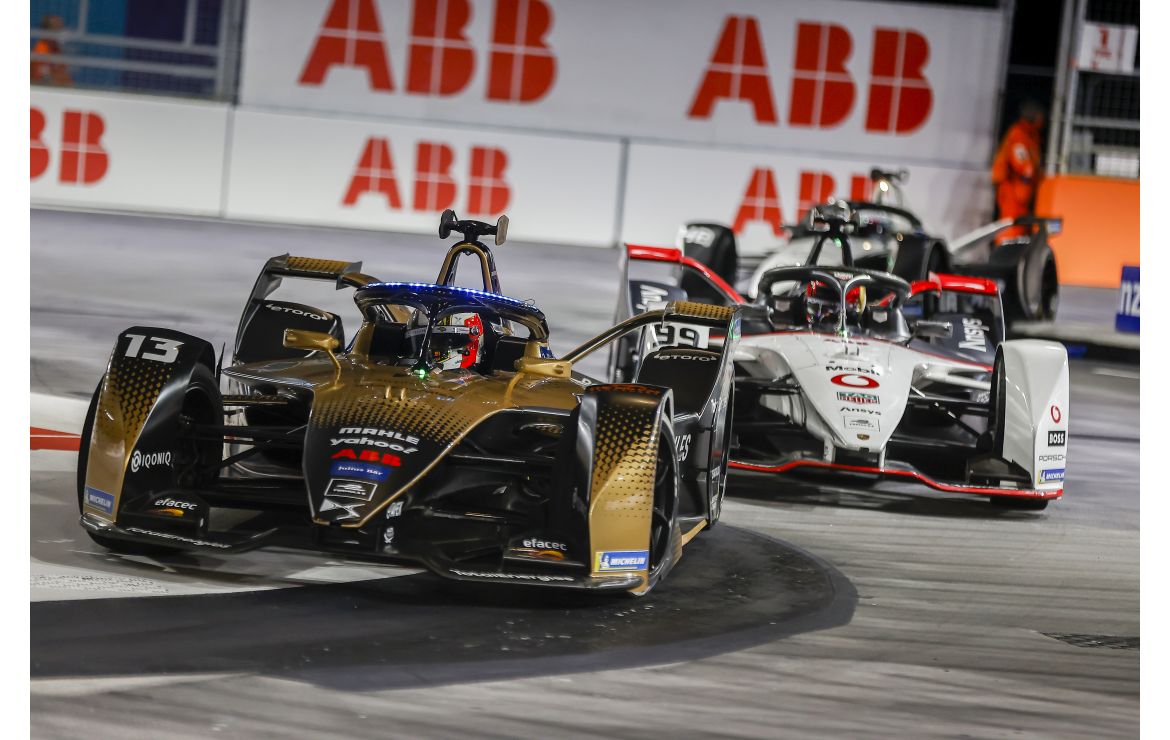 The Portuguese driver is now 2nd in the Drivers’ standings, only 1 point out of the lead and in full contention for the title. With three races to go, Jean-Éric Vergne remains in the race, 13 points behind the leader. The Frenchman finished 12th today after a strong recovery from P23.

The DS E-TENSE FE21 proved competitive on the British track, taking P1 for JEV and P4 for DAC in the first free practice session, with the second session being disturbed by the rain, and again ‘trapped’ in group 1 for qualifying, both drivers managed their way through a frustrating qualifying session, with Da Costa taking P17 on the grid and Vergne P23.

At the start, Antonio managed to gain a couple of positions and thanks to a solid race he climbed through the field to finish 8th. Starting from the back, JEV was able to avoid the drama of initial laps and recovered several positions in the final part of the race, when he used his two attack-modes, crossing the line in P14.

The second race of the London E-Prix will take place tomorrow Sunday at 15:04 Central European time.

“We had the typical struggle in qualifying because of being in group 1, and on top, this time, the track was drying, so everyone after us went faster… Starting from P17 and finishing 9th is not bad, it was a difficult day but we scored some very valuable points for both the Teams’ and Drivers’ standings. Slowly, we are catching them up!”

“Being in group 1 is always tricky. Given the situation, we decided to change the powertrain in order to be safe for the end of the season, although this cost us a drive-through. Today, the car felt really good, so I can’t wait for tomorrow’s race!”.

“After a very successful Free Practice 1, both DAC and JEV showed the true pace of the DS E-TENSE FE21. This morning was always going to be difficult given leading the championship puts you in group 1, add to this a wet morning practice. These two things together made it a difficult qualifying. Group 1 delivered as expected with both our drivers in the second half of the grid. However we took the opportunity to change JEVs invertor which meant we had to take a 10 second stop and go. DAC drove a solid race which resulted in a 8th position, putting us back to the top of the teams championship and Antonio back to 2nd in the drivers championship.“

“Today we scored again precious points for both championships. Given the conditions and the starting position of our drivers, we proved again the performance level of our DS E-TENSE FE 21. After this round, DS TECHEETAH leads again in the Teams’ standings and António is only 1 point away from the top in the Drivers’ standings. The final battles will be very closely-fought but the team is ready to take up the challenge.”