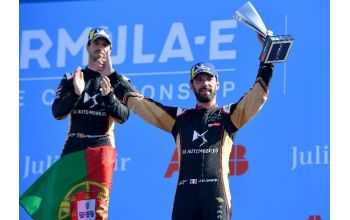 Current leader of the ABB FIA FORMULA E championship Driver and Team classifications, DS TECHEETAH will be on the starting grid on 5 August with the objective of winning new titles!

After a ‘forced break’ from season 6, DS Automobiles and its partner TECHEETAH will on the Formula E championship’s starting grids on 5 August 2020 in Berlin for six races (5-6 August, 8-9 August, 12-13 August) without spectators which will close a championship that has been very disrupted. At the wheel of the two DS E-TENSE FE20s, Jean-Eric Vergne, double Formula E champion and 2018/2019 winner, and Antonio Félix Da Costa, current leader of the Driver classification. Also at the top of the Team ranking, the DS TECHEETAH team will compete in these last races of the season with the firm intention of winning new titles. 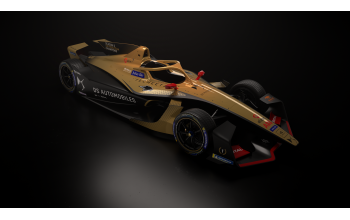 Buoyed by a success with the most prestigious car manufacturers, Formula E will officially become a FIA world championship the next season. Clearly part of a constant process of innovation, the famous electric competition will introduce the Gen2 EVO, a restyled version of the current car. As part of this aerodynamic evolution, DS Automobiles and its partner TECHEETAH, present the design project for their future car. 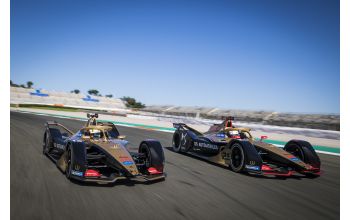 Formula E is back with a bang and has completed its first official test of the 2019/2020 season today in Valencia. The grid is now complete with 24 cars across 12 teams lining up in the Spanish sun to see what everyone has to bring into the sixth season of the all-electric championship.