Since being launched in Europe at the start of 2021, New C4 and ë-C4 achieved very good initial sales in the first half of 2021, with 30,855 cars registered. Ë-C4 stands out among electric compact hatchbacks in Europe for taking third place in the segment after six months on the market. In France, C4 holds the number one spot for total sales to private customers in the first half of the year for C-segment hatchbacks. Second place in Spain and third in Portugal for C-segment hatchbacks. 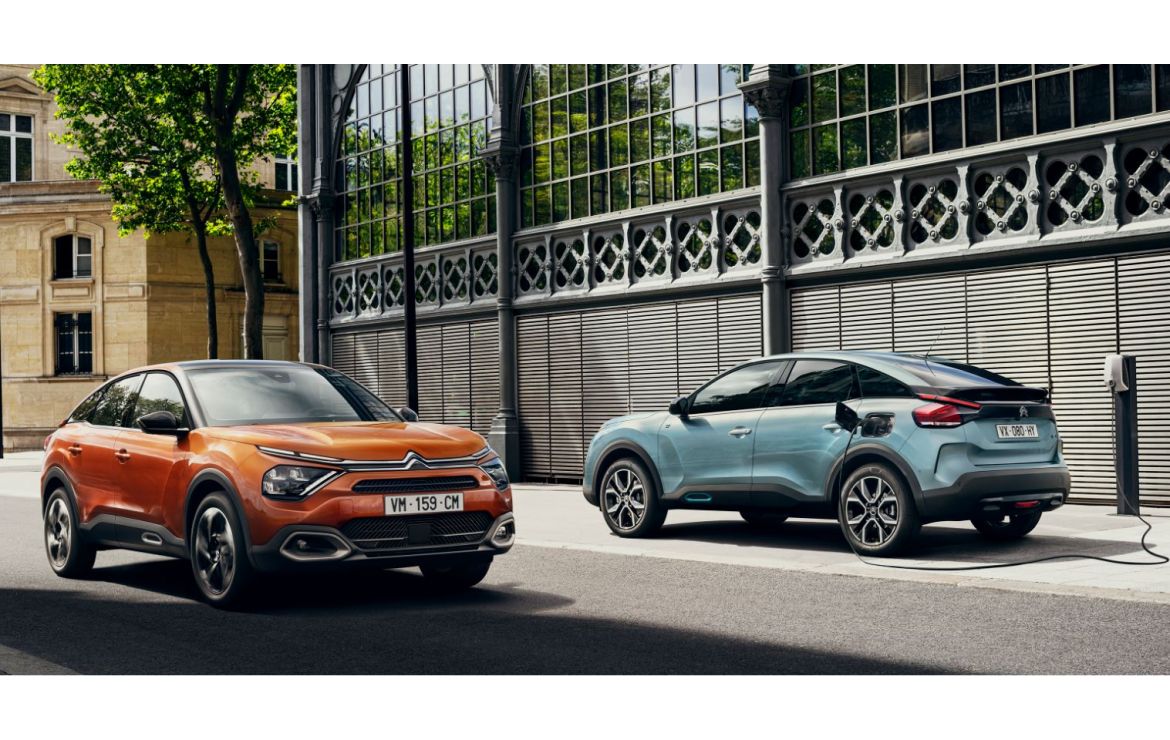 Launched at the start of 2021 in Europe, C4 and ë-C4 have established themselves in the highly competitive C-hatchback segment. C4 and ë-C4 are key players in this market and have already won over more than 30,000 customers in six months in Europe*.

“With New C4, Citroën is making a strong comeback in the compact hatchback segment thanks to its bold style and well-known level of comfort. Also the only one in its segment to offer the freedom to choose the engine type, with a 100% electric option, it is gradually making its mark on electric vehicle sales in Europe, climbing on the podium of the electric compact hatchbacks.” Arnaud Ribault

New Citroën C4 and ë-C4 have very quickly established themselves on the French vehicle market:

A FANTASTIC PERFORMANCE IN EUROPE IN THE FIRST HALF-YEAR

In Spain, its country of manufacture, C4 takes second place in the compact hatchback segment, behind the Toyota Corolla, with a segment share of 9.5%.

Elsewhere in Europe, C4 stands out in Italy and Belgium in particular, where it is ranked sixth in its category.

With bold styling, C4 and ë-C4 offer a new concept at the heart of the compact hatchback segment. With its elevated and assertive stance, the body shape combines the elegance and dynamism of a hatchback while adopting certain SUV standards for added strength and character. Its warm and high-tech interior instantly expresses well-being, comfort and modernity.

C4 and ë-C4 also offer the advantage of a choice between three types of engine: electric 100kW (136hp) with a driving range of 350km to ensure significant freedom of movement, a latest generation Euro 6d petrol engine from 100hp to 155hp or diesel from 110hp to 130hp.

With C4 and ë-C4, Citroën keeps its promise of on-board well-being and comfort! Driving comfort ensured by Progressive Hydraulic Cushions® suspension and Advanced Comfort seats. On-board comfort reflected in generous spaciousness, clever storage and a wide range of technologies, including the head-up display.