FROM NEW YORK TO NEW JERSEY, CITROËN IS CONTINUING ITS ‘CITROËN GENERATIONS’ VIDEO STORY AND IS SHOWCASING 100 YEARS OF PASSION!

For its 100th anniversary, Citroën is continuing to showcase its fans from across the whole world, with its ‘Citroën Generations’ series. After the first 7 videos launched last April, it’s now off to New York, New Jersey and Bry-Sur-Marne for 3 new episodes to watch from the Citroën Origins virtual museum. 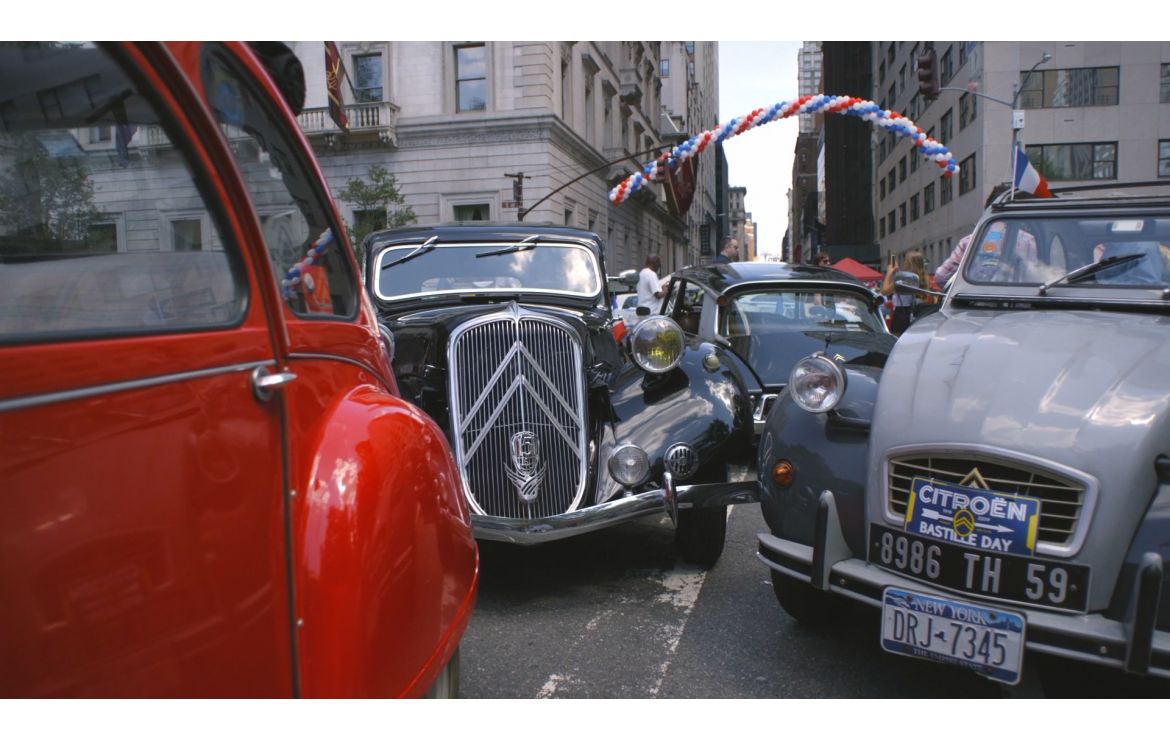 Every 14 July for the last 20 years, American fans of Citroën have toured the roads of Manhattan at the wheel of their iconic cars: this is the Bastille Day parade. In this year of Citroën’s Centenary, this event provides the Brand with a great opportunity to pay tribute to these seasoned die-hard fans from across the Atlantic. It has done so via new episodes of the ‘Citroën Generations’ series, launched by the Brand last April.

The first episode is filmed in New York during the Bastille Day parade. The second takes us to New Jersey to meet the Seligmann family. Howard, the father, is behind the 14 July gathering of fans. Finally, the series finishes in France with the Lelièvre family. For 4 generations, the Type H has been the symbol of this family business…

These 3 new stories continue the world tour which began with the first 7 episodes of the ‘Citroën Generations’ series. For its 100th anniversary, Citroën created this series in order to pay tribute to its fans who write the history of the Brand: in their daily lives, in their customs and in their passion which is passed down from one generation to the next.

These accounts allow Citroën to proudly reaffirm its popular roots, in the true sense of the word.
History lessons which more than ever give meaning to its ‘Inspired by You’ Brand signature.

You can watch all of the episodes in the ‘Citroën Generations’ series at the Citroën Origins virtual museum: http://www.citroenorigins.co.uk/en/landing/citroen-generations

Launched in 2016, Citroën Origins is a real virtual museum which brings together a collection of almost 80 iconic Citroën vehicles. It provides a brand-new immersive experience on board the models, in 3D (interior/exterior) and in sounds. For the Brand’s Centenary, Citroën Origins is the key meeting point to stay informed about the calendar of festivities. The site also houses brand-new temporary exhibitions and uses photos and videos to publicise the Brand’s main events for its 100th anniversary. Citroën Origins is accessible in over 60 countries.

At the heart of the automotive market, Citroën has since 1919 stood as a popular brand in the noble sense of the term, its main source of inspiration being people and their lifestyles. This spirit is underlined by its baseline “Inspired by You” and embodied by cars boasting unique styling and benchmark comfort. Citroën also stands out among mainstream carmakers by bringing its customers a singular experience, for example with Citroën Advisor and “La Maison Citroën”. In 2018 the Brand sold 1.05 million vehicles in over 80 countries.