The 2019 Design Strategies Grand Prix has just rewarded the redevelopment of the Javel-André Citroën metro station in Paris, with the bronze medal in the category of Environment – Signage – Museography. This cultural redevelopment was launched in June 2018 by the RATP and Citroën, which has historical roots in this area of the 15th district (arrondissement) of Paris. It pays homage to the Brand’s history, from the station’s entrance to the platforms, with friezes on the walls and touch screens providing access to the Citroën Origins virtual museum. 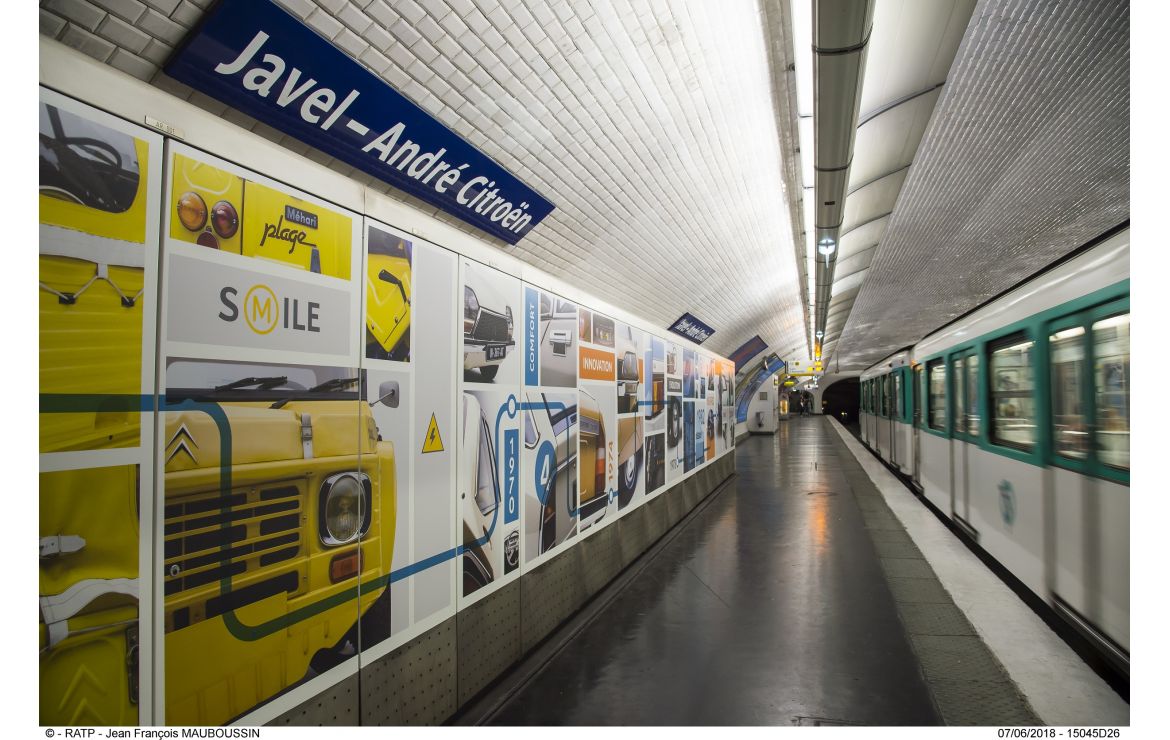 The Parisian metro station of Javel-André Citroën, which sees over 2 million travellers pass through it every year, saw itself transformed in June 2018 to accommodate a cultural setting recounting Citroën’s history on the eve of its centenary, which is being celebrated this year.

This journey into Citroën’s history, provided along with the RATP, enhances the station and engages with passengers thanks to a chronological visual creation and a tailor-made, long-term architectural development, which is located at the station’s entrance, in the passageways and on the platforms.

This redevelopment, launched in June 2018, has just been rewarded at the Design Strategies Grand Prix, in the category of Environment – Signage – Museography, with the Bronze medal. This is the fourth year that Citroën has been honoured like this, through its projects like La Maison Citroën, its new city store concept, its Citroën Origins virtual museum as well as the wooden Citroën Origins miniatures.

To (re)discover the development of the Javel-André Citroën station in photos: https://bit.ly/2YGAqTv

At the heart of the automotive market, Citroën has asserted itself since 1919 as a popular brand in the true sense of the word, making people and their lifestyles its first source of inspiration. A spirit underlined by its ‘Inspired by You’ signature and embodied by cars combining unique design and benchmark comfort. Within the sector of mainstream brands, Citroën also stands out with a unique customer experience (Citroën Advisor, ‘La Maison Citroën’, etc.). In 2018, the Brand sold 1.05 million vehicles in over 80 countries.