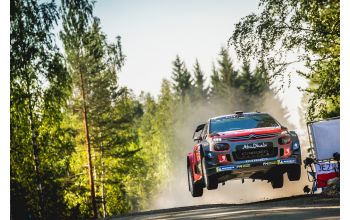 With its focus already shifted to next season, Citroën Total Abu Dhabi WRT's approach was rewarded with second place secured by a Mads Østberg in irresistible form. This third podium of the season, following the second and third places collected in Sweden and Mexico respectively, confirms the very high level of performance of the C3 WRC. 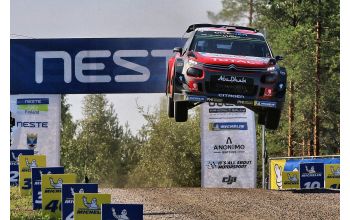 Mads Østberg and Torstein Eriksen held off a fightback from former three-time Rally Finland winner, Jari-Matti Latvala, in the closing stages to secure a hard-earned second place. Meanwhile, Craig Breen and Scott Martin moved up into eighth position during today's final leg, whilst Khalid Al Qassimi and Chris Patterson gradually got their feeling back in the car after rejoining under Rally 2 rules. 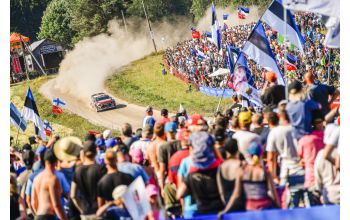 The only crew able to match the pace of the local team, Mads Østberg and Torstein Eriksen held onto their provisional runner-up spot at the today's second leg, contested once again at breakneck speeds in their C3 WRC. Hampered by running third on the road, Craig Breen and Scott Martin nonetheless consolidated their ninth place, whilst Khalid Al Qassimi and Chris Patterson unfortunately ran into trouble on the day's opening stage. 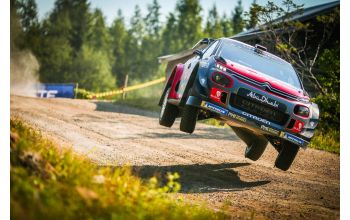 With an impressive haul of four stage wins, the C3 WRCs blasted through day one at Rally Finland! After topping the timesheets three times and holding the overall lead on four stages, Mads Østberg and Torstein Eriksen ended the first leg just 5.8s off the pace. Craig Breen and Scott Martin recovered from an early puncture to end the day in ninth overall, picking up a fine stage win in the process, whilst Khalid Al Qassimi – Chris Patterson focused on their target of racking up the miles on their return to the WRC. 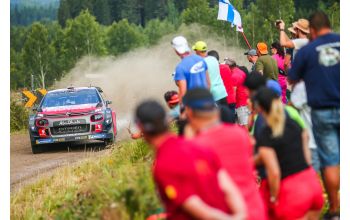 THE C3 WRCs TOP THE TIMESHEETS

Mads Østberg – Torstein Eriksen and Craig Breen – Scott Martin finished first and second on this morning's shakedown, the final practice session before competitive action kicks off this evening, whilst Khalid Al Qassimi and Chris Patterson, missing from the WRC since Rally Argentina in April, gradually regained their feeling in the car. 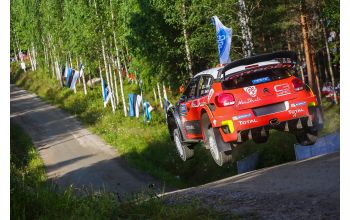 INTO THE TEMPLE OF SPEED!

For the eighth round of the season, Citroën Total Abu Dhabi WRT tackles one of the most famous and the most demanding events on the WRC calendar. Running a C3 WRC that has been upgraded again, the French team will be represented by Craig Breen – Scott Martin, Mads Østberg – Torstein Eriksen and Khalid Al Qassimi – Chris Patterson. 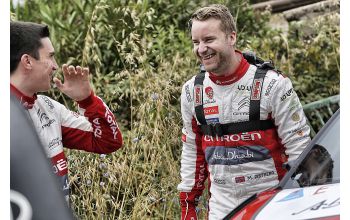 Mads Østberg is set to team up with Craig Breen in the second C3 WRC at Rally Finland (26-29 July), Rallye Deutschland (16-19 August), Rally Turkey (13-16 September), Wales Rally GB (4-7 October) and Rally Australia (15-18 November). As initially planned, Sébastien Loeb will compete in the second C3 WRC in Spain (25-28 October) on his third and final appearance of the year in the WRC, after competing in Mexico and Corsica. Khalid Al Qassimi will drive a third C3 WRC in Finland, Turkey and Spain.