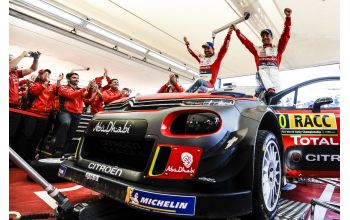 With the 79th victory of their amazing career after an incident-packed race, Sébastien Loeb and Daniel Elena guided Citroën Total Abu Dhabi WRT back to winning ways, proving once again the value of a committed team that refused to give up. 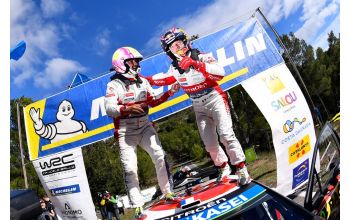 A bold and inspired tyre choice, followed by a majestic performance on the final four stages of Rally Catalunya saw Sébastien Loeb and Daniel Elena sweep to the seventy-ninth victory of their incredible WRC career. They also claimed Citroën Total Abu Dhabi WRT's first win of the year in the process and its 99thin the WRC. Their victory equally means the team remains unbeaten in Catalonia for the second year running! Meanwhile, Craig Breen and Scott Martin finished ninth overall after finding some confidence behind the wheel again whilst Khalid Al Qassimi and Chris Patterson enjoyed their final of racing to the full, ending the rally in twenty-first place. 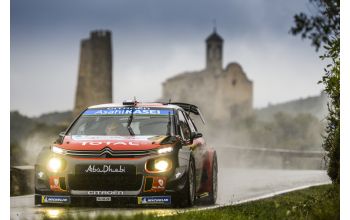 SÉBASTIEN LOEB ROLLS BACK THE YEARS!

Sébastien Loeb and Daniel Elena produced another masterful display today, making a mockery of their lack of recent experience on wet tarmac as the pair remained locked in a tight battle for the podium places, whilst Craig Breen and Scott Martin ended the day in ninth position after they lost time with a couple of spins. Meanwhile, Khalid Al Qassimi and Chris Patterson ended day two in nineteenth position, having focused on learning to cope with the tricky, low-grip conditions, with which they are relatively unfamiliar. 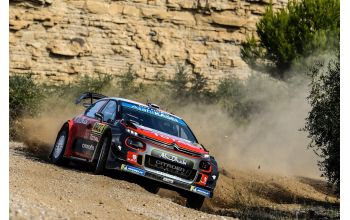 SÉBASTIEN LOEB PUSHING FOR THE PODIUM!

Sébastien Loeb and Daniel Elena were in scintillating form on their return to the WRC in Spain, ending the opening leg fourth overall, just five tenths of a second adrift of the podium, whilst Craig Breen and Scott Martin, equally in impressive form, ended the day in eighth place after losing time particularly with a spin. Meanwhile, Khalid Al Qassimi and Chris Patterson adopted a careful, sensible approach and made it to the end of the leg in twenty-third position. 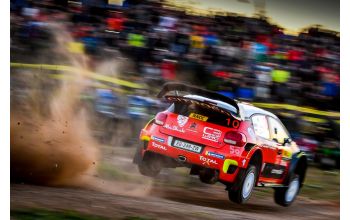 Sébastien Loeb – Daniel Elena and Craig Breen – Scott Martin finished fourth and seventh fastest respectively on this morning's shakedown, confirming – despite the unrepresentative nature of the stage – they are raring to go on the only mixed surface rally of the season, just like Khalid Al Qassimi and Chris Patterson. 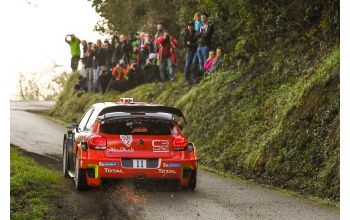 A TWO-SIDED CHALLENGE FOR THE C3 WRC

A genuine test of all-round ability as the only event on the WRC calendar contested on both gravel and tarmac, round 12 of the 2018 season sees Sébastien Loeb and Daniel Elena rejoin the ranks of Citroën Total Abu Dhabi WRT for their third appearance of the year, this time alongside Craig Breen – Scott Martin and Khalid Al Qassimi – Chris Patterson.