Team Van Amersfoort Racing triumphs in the final round of the Italian F.4 Championship powered by Abarth certified by FIA

The 2021 Italian Champion, Oliver Bearman, ends the season with a triple at Monza. Despite a complicated weekend, Nikita Bedrin wins the Rookie title. Van Amersfoort Racing is the 2021 Team Champion. 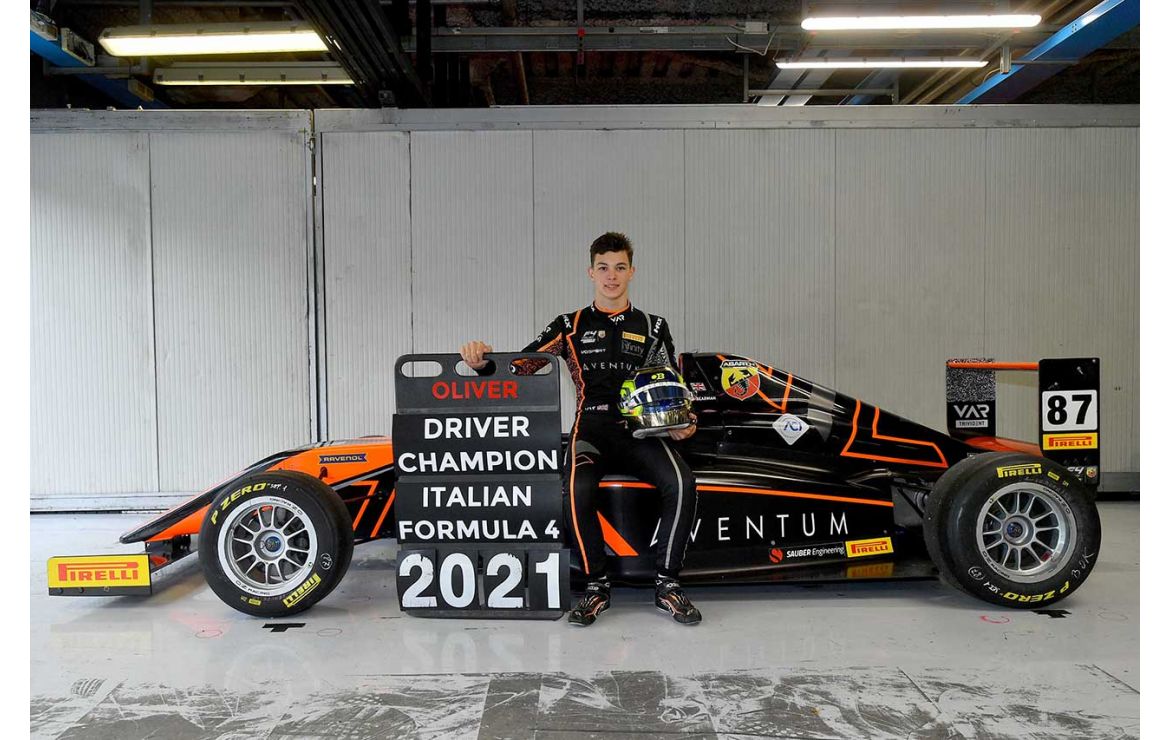 The eighth season of the Italian F.4 Championship powered by Abarth certified by FIA has ended in the name of Van Amersfoort Racing. Thanks to its drivers’ results, the Dutch team has gained the title reserved for teams after winning the overall Italian Championship with Oliver Bearman and its counterpart for rookies with Nikita Bedrin. At Monza, the Briton scored his second triple win of the season and achieved a total of 11 victories, approaching Denis Hauger’s 2019 record of 12 wins. Behind the Brit driving for Van Amersfoort was Andrea Kimi Antonelli (ITA – Prema Powerteam), who took to the podium three times with one second and two third places. The podiums were completed in race 1 by Joshua Dürksen (PRY – Mücke Motorsport) in third, in race 2 with Sebastian Montoya (COL – Prema Powerteam) coming in second, and in race 3 by Kirill Smal (RUS – Prema Powerteam), who also finished second. The Monza Circuit highlighted the skills of Lorenzo Patrese (ITA - AKM Motorsport), who took the three pole positions but was unlucky in the first two races before he came fourth in race 3, second among the rookies. The driver from Padua took the third place in the rookie standings behind Bedrin and Conrad Laursen (DEN – Prema Powerteam).

Ending an exciting season, Oliver Bearman commented on his successes at the Temple of Speed: “If I look back to the start of the season, it’s unbelievable to be here at Monza, to have won the last three races and to have achieved a total of 11 wins. It’s been an amazing season and I have to thank the Van Amersfoort Racing team, who proved themselves to be really competitive, by winning both the team and rookie titles. There’s still a long way to go, but Formula 4 is definitely the best place to start”.

Despite a weekend that failed to meet expectations, Nikita Bedrin was crowned rookie champion. He noted: “I’m very happy with this result, although I’m sorry that I couldn’t battle for the overall standings because of mistakes I made during the season. I think I’ve improved a lot over the year and in this last round I had to deal with it, waiting for my opponents’ results. Even so, I had a little luck and managed to win the title. I'm also happy for Ollie and for the team, to have brought in such a major result”.