Round 3 of the ADAC F.4 Championship Powered by Abarth at the Hockenheimring: wins for Bearman, Tramnitz and Bedrin 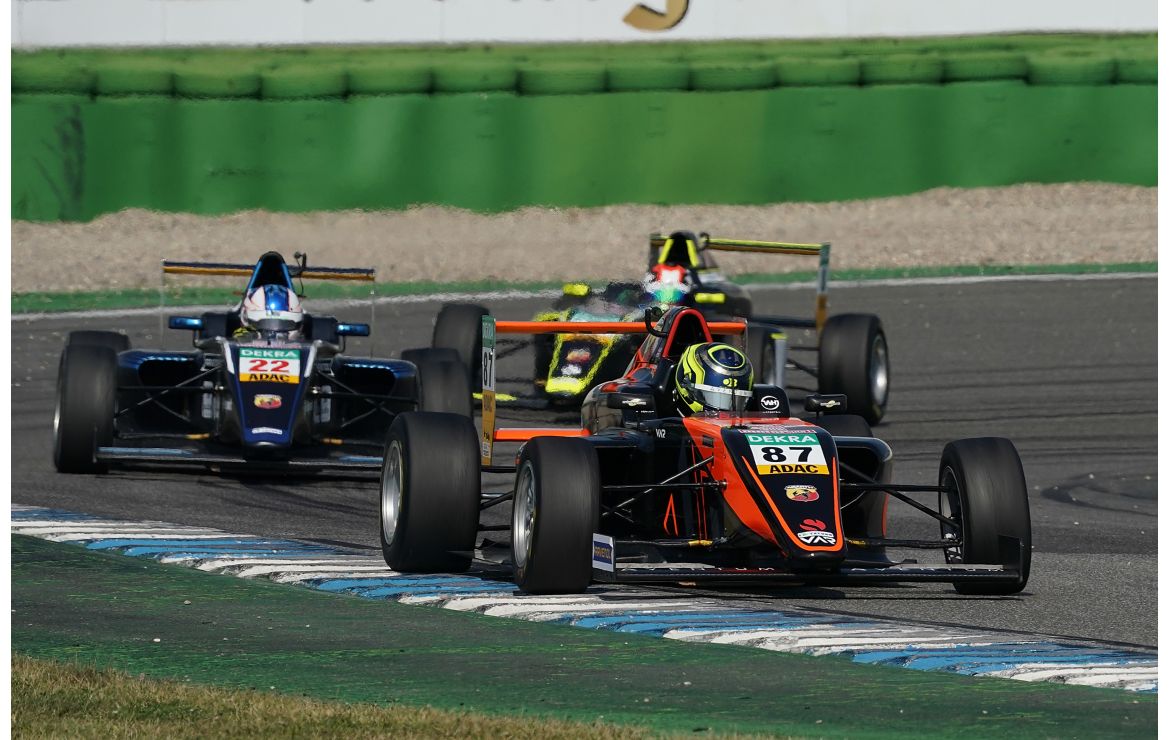 Oliver Bearman (GBR – Van Amersfoort Racing), Tim Tramnitz (GER – US Racing) and Nikita Bedrin (RUS – Van Amersfoort Racing) are the winners of the third round of the ADAC F.4 Championship Powered by Abarth. The German series returned to the Hockenheimring circuit after the first two rounds of the season at the Red Bull Ring circuit in Austria and at Zandvoort in the Netherlands. Also on the circuit in the Land of Baden-Württemberg was the Tatuus F4 T.014 with the 160-hp Abarth T-Jet engine, closely derived from the standard variant, proved to be fast and reliable.

In race 2, a great battle for the top positions rewarded Tim Tramnitz for the first time this season. He managed to get the better of his two teammates Alex Dunne and Luke Browning, who completed an entirely US Racing podium. Leading in the first part of the race, Bearman had to ‘settle’ for fourth place ahead of his teammate Joshua Dufek (AUT – Van Amersfoort Racing).

In race 3, Nikita Bedrin scored his first success of the season, starting from the first row and resisting the attacks of his teammates Bearman and Vlad Lomko. The Russian driver fought from the very beginning before taking a considerable lead over Bearman – extending his overall lead further and further, and over Lomko – some distance ahead of Tim Tramnitz and Victor Bernier (FRA – R-ace GP).