After winning the Italian title, Oliver Bearman is also the Champion of the ADAC Formel 4 powered by Abarth. A historic first double in Formula 4. The three races at the Nürburgring go to Tramnitz, Bearman and Bedrin. Van Amersfoort Racing triumphs among the teams. 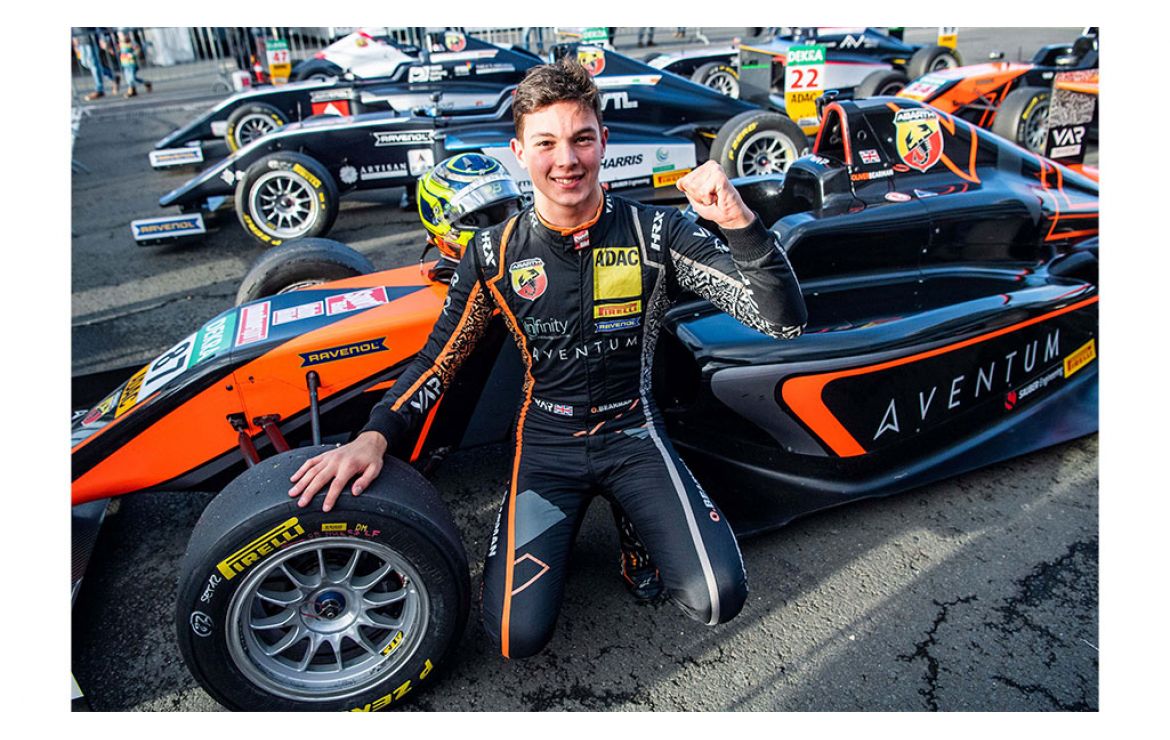 Oliver Bearman (GBR – Van Amersfoort Racing) has made history in Formula 4. For the first time since 2014 – the year the series wished for by the International Automobile Federation (FIA) made its debut – one driver has managed to win the title in both the Italian and German series in the same season. In the final round of the season on the Nürburgring circuit, the British driver took fifth place in race 1. After a contact with his direct rival for the title Tim Tramnitz (GER – US Racing), Bearman forced him to return to the pit to replace the nose of his Tatuus F4 T014 powered by the Abarth 1.4 T-Jet engine, closely derived from the standard one. In race 2, the sixth success of the season for Bearman, who extended his lead to 21 points over Tramnitz, who came in fourth at the checkered flag on a rain-soaked Nürburgring. In race 3, a contact between Tramnitz and Dufek right after the start immediately put the title in the hands of the Briton, who fought for the podium until the end and contented himself with the fourth place that gave him the title.

“I’m really happy,” said the German F4 Champion, “it’s been a fantastic season. I had the chance to win the final race and I tried, even though I didn't want to take too many risks. I never would have thought I could have won both the German and Italian titles, up against very strong drivers. The battle with Tim was really thrilling and after race 1, I knew I had to do my best to win the championship. Now it’s time to think to the future. Of course, my dream is Formula 1, but one step at a time, reaching the top year after year”.

In the team title, Van Amersfoort Racing was confirmed as champion, repeating its success of 2020 and taking a double win, to follow victory in the Italian F4 Championship powered by Abarth certified by FIA title.