At Monza, the grand finale of the Italian F.4 Championship powered by Abarth

Thirty-five Abarth-powered Tatuus single-seaters on the starting grid of the last round in 2021. 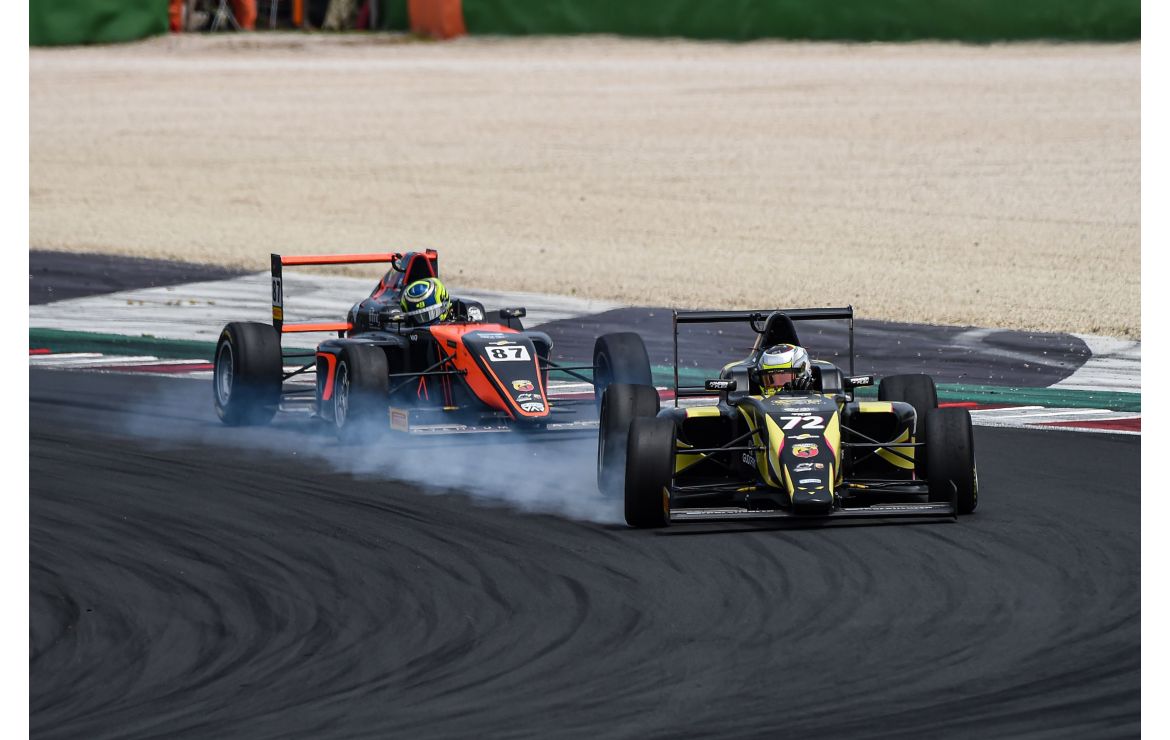 The Italian F.4 Championship powered by Abarth Certified by FIA enters the Temple of Speed for the final act of the 2021 season. In the last round of the eighth season of the Italian series, promoted by ACI Sport, taking to the track will be as many as 35 Tatuus F.4 T014 single-seaters powered by the 160-hp Abarth T-Jet engine, closely derived from the one in the 595 and 695 road cars. The 2021 season is therefore ending with an average of 32 cars on the track at each event. These numbers set the Italian series as a benchmark in the international motorsport landscape, with a technical package completely “made in Italy” and exported all over the world.

At Monza, Oliver Bearman (GBR – Van Amersfoort Racing) will already be champion after the penultimate round, but behind him Tim Tramnitz (GER – US Racing) and Leonardo Fornaroli (ITA – Iron Lynx) will battle for the overall podium in the eighth season of the Italian F.4 Championship powered by Abarth Certified by FIA. However, it's not over yet in the rookie standings, where Nikita Bedrin (RUS – Van Amersfoort Racing) is in the lead, 14 points ahead of Conrad Laursen (DEN – Prema Powerteam) and 25 in front of Lorenzo Patrese (ITA – AKM Motorsport). The battle between the rookies will therefore be more open than ever, with several riders who, despite being mathematically out of the fight for the title, will be able to win important points in very close standings. In fact, Francesco Braschi (ITA – Jenzer Motorsport), Leonardo Bizzotto (ITA – BVM Racing) and Maya Weug (NDL - Iron Lynx Ferrari Driver Academy) will compete for fourth place in the standings after an exciting season.

At Monza, several new entries will also be able to take advantage of the day of trials, scheduled for Thursday on the Brianza track. France’s Maceo Capietto will return for Prema Powerteam, while the Australian Marcos Flack and the 2021 rookie champion of the Italian Sports Prototype Championship Rocco Mazzola will make their first appearances, with Cram Motorsport. Also in his debut at Monza will be the Dutchman Robert De Haan (Van Amersfoort Racing), with Oliver Grey (GBR – BVM Racing) returning to the track after his first race at Mugello.

A very intense schedule for the final round of the season, with 4 hours of joint trials on Thursday, October 28th. On the agenda on Friday, two practice sessions at 9:10 am and 12:50 pm, with the qualifiers at 5:00 pm. Two races are scheduled for Saturday, October 30th at 11:30 am and 5:20 pm, while the last green light of the season will be on Sunday, October 31st at 10:05 am. All the races will be livestreamed on YouTube and on the social media pages of the Italian F.4 Championship powered by Abarth.