On the 3,671 meters of the Saxony circuit – back in the schedule after the grand finale of the 2019 season there – is the third-before-last round of the German series. 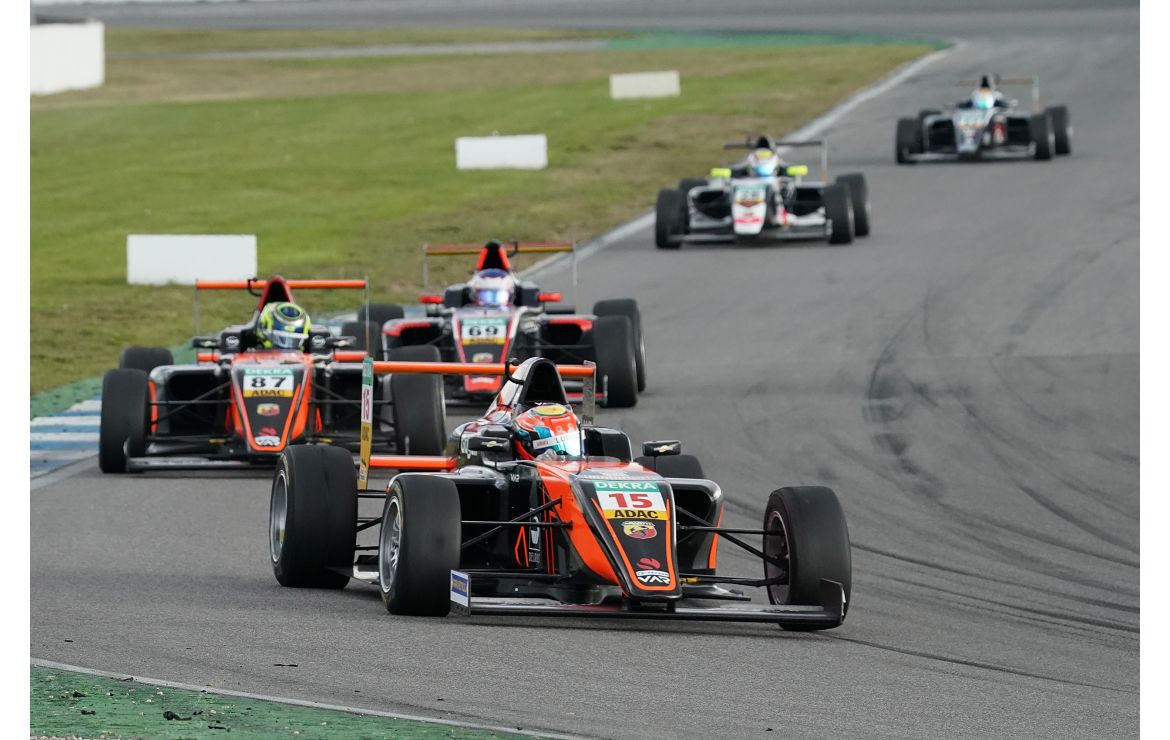 Just two weeks after the Hockenheimring round that saw victories for Oliver Bearman (GBR – Van Amersfoort Racing), Tim Tramnitz (GER – US Racing) and Nikita Bedrin (RUS – Van Amersfoort Racing) – with the two Van Amersfoort Racing drivers consolidating their respective leadership in the overall and rookie standings – ADAC Formel 4 Powered by Abarth returns to the track on the Sachsenring circuit. On the 3,671 meters of the track constructed in the German state of Saxony, around 100 km from Dresden, the Tatuus single-seaters powered by a 160-hp Abarth T-Jet engine – closely derived from the one in the 595 and 695 road cars, and with Pirelli tires – will once again star in 3 races on Saturday and Sunday, October 2nd and 3rd.

To follow the halfway stage of the season, Oliver Bearman has also confirmed his leadership in the German series and will definitely feature in Saxony, watching his back for a fierce Tim Tramnitz, now 49 points from the British Van Amersfoort driver and 13 points ahead of his US Racing teammate Luke Browning. Completing the line-up of the German US Racing team will be Vlad Lomko (RUS – US Racing), back from his podium placing in race 3 at Hockenheim. Despite his excellent debut, Ireland’s Alex Dunne will not be in the running, having never tried out on the Saxony circuit. He will be back on track at the next event, once again on the Hockenheimring circuit. Also ready to do battle are the young French R-ace GP drivers Sami Meguetounif, Victor Bernier and Marcus Amand, the latter having been overtaken in second place in the rookie standings by Michael Sauter (GER – Sauter Engineering + Design) after the last event.