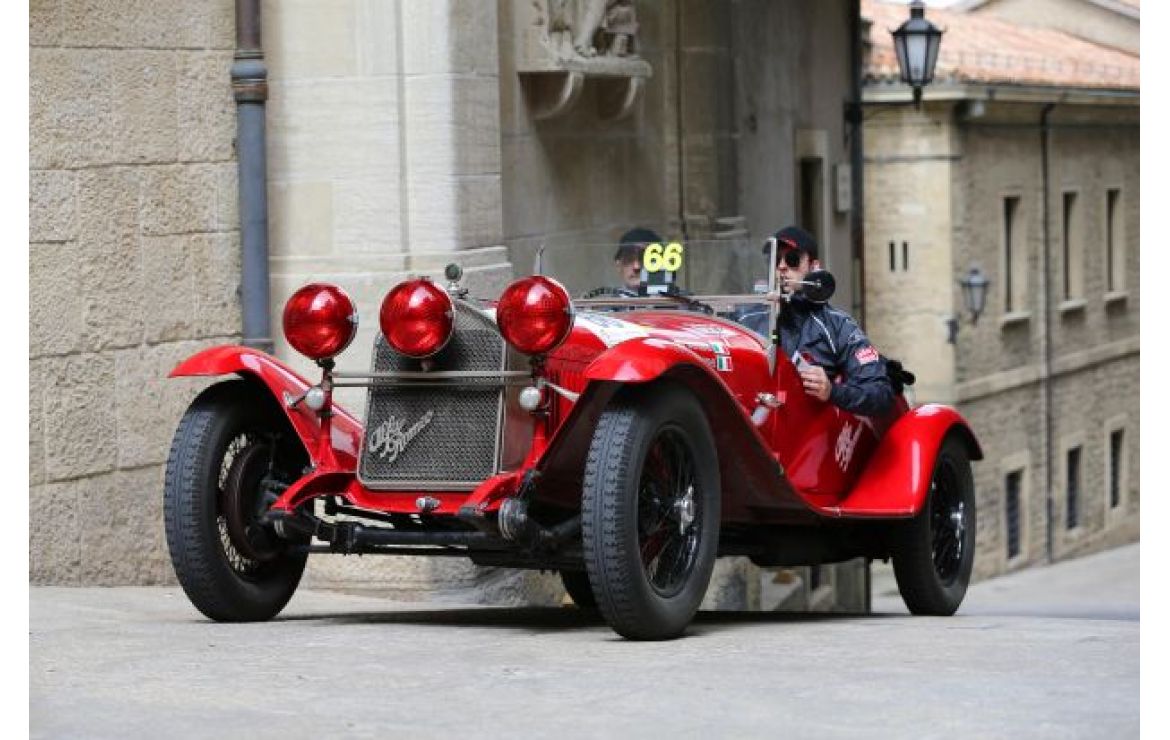 Last Sunday saw the exciting climax of the 32nd edition of the historical Mille Miglia, the "finest race in the world" - as Enzo Ferrari famously dubbed it - in which Alfa Romeo took part as Gold Sponsor.

The second podium place went to the 1930 Alfa Romeo 6C 1750 GS (body by Zagato), one of three official cars from the Alfa Romeo Museum. As required by the rules, these cars all took part in the historical Mille Miglia race, which was held in the years from 1927 to 1957 (Alfa triumphed no fewer than eleven times in the legendary event, a record that can never be beaten).

The enthralling Alfa Romeo 6C 1750 GS built its legendary reputation at the Mille Miglia. Suffice to recall that Tazio Nuvolari and Giovanni Battista Guidotti won the 1930 edition at the wheel of a 1750, when Nuvolari beat the 100 km/h average speed record over the entire course. The duel with Achille Varzi - also driving an Alfa Romeo 1750 - was the leitmotif of the race, which reached its climax with the legendary stunt of overtaking with headlights off, to the detriment of Varzi.

The other two official cars from the Alfa Romeo Museum - the "6C 1500 Super Sport" (1928)and the "2000 Sportiva" (1954) also fared well, crossing the finish line in impressive positions, with an outstanding result in terms of reliability. In particular, sixth place went to the "6C 1500 Super Sport" from 1928 (body by Stabilimenti Farina), the first touring model of the Jano era, which made its racing debut by winning the 1927 Modena Circuit prize with the Enzo Ferrari-Giulio Ramponi crew. The following year it clinched the first of eleven Alfa victories at the Mille Miglia, with Giuseppe Campari and Giulio Ramponi, who took first place with a car similar to that of the Alfa Romeo Museum.

In the challenging 2014 edition of the Mille Miglia, which saw 430 participating cars - the highest number ever - the spotlight also shone on the Alfa Romeo 2000 Sportiva (1954), an exclusive and beautifully styled touring model which motored over the finish line in 135th place out of 358 classified entrants.

Another car to cross the finish line was the enthralling Lancia Aurelia B24 Spider (1955) of the Lancia Collection, which completed the race in 125th place. Finally, the winner of the Mille Miglia 2014 was yet another model by the Italian car manufacturer: a Lancia Lambda type 221 spider Ca.Sa.Ro. from 1928 belonging to a private collector.