- First phase of the plant required investments of R $ 400 million and an additional R$ 100 million paid this year to install another line of production - With the new plant, which will have the initial capacity to manufacture 100,000 GSE Turbo engines per year, Betim becomes the largest powertrain production center in Latin America - T3 (1.0l) and T4 (1.3l) engines provide more fuel economy, better performance, and fewer CO2 emissions - The first engine to be produced, with 4 cylinders and valve train 4V MultiAir III 1.3 (displacement of 1.332 cm³), has a power of 180 hp in the gasoline version 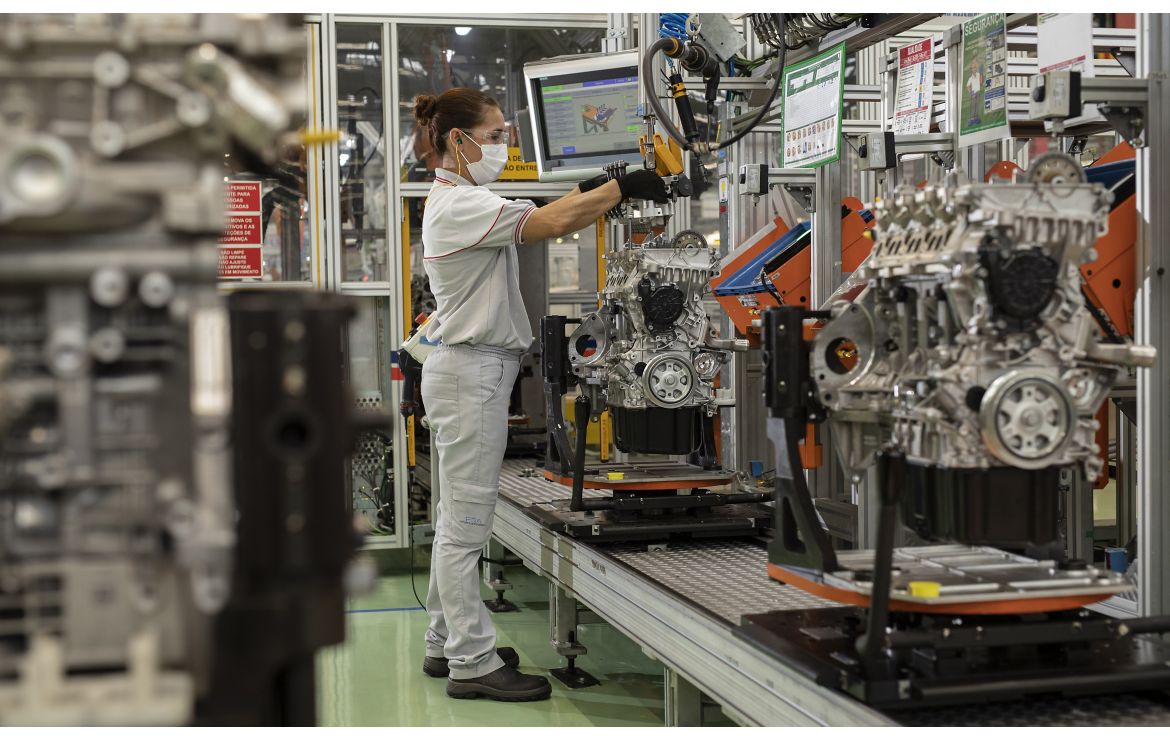 Betim, March 10, 2021 - Stellantis' newest production unit, located at the Fiat Automotive Complex in Betim (MG), starts manufacturing the GSE Turbo engine family at the occasion of the visit of the CEO of Stellantis, Carlos Tavares, together with Mike Manley, Head of Americas, and Antonio Filosa, Stellantis' COO for South America.

The factory has an initial production capacity of 100 thousand units per year and required investments in the order of R$ 400 million (60 million euros), including investments from suppliers and Research & Development. This is the first phase of the plant, which starts to manufacture the turbo four-cylinder engine immediately and, still in 2021, will expand with new additional investments in the order of R$ 100 million and the start of production of the turbo three-cylinder propeller.

With the start of operation of the new plant, Betim becomes the largest powertrain production center in Latin America, with an annual capacity of 700 thousand engines and 500 thousand transmissions. The productive integration of the new unit with the Fire and Firefly engine lines promotes a high synergy of management, maintenance, logistics, and technical expertise.

“Stellantis opens a new era for our sustainable presence in Latin America and the start of production of this world class GSE Turbo engine is a great news for the Brazilian economy. I’m convinced that our talented and committed employees will make their best to ensure our customers satisfaction” said Stellantis CEO, Carlos Tavares, at the occasion of his first visit to Brazil since the creation of Stellantis, in January.

“The inauguration of this turbo engine plant represents a strategic step towards expanding our presence in Latin America. It also brings a lot of possibilities to our product range, as GSE Turbo engines combine the best performance and sustainability technologies, with gains in fuel consumption and emissions reduction. This new production will be a source of great pride and motivation for all of us”, added Antonio Filosa, COO of Stellantis for South America.

With 12 thousand square meters of production area, the new plant has two machining lines, which comprise the cylinder head and engine block, and an assembly line, divided into three cycles: cylinder head, short block, and long block. The project started in 2019 and, following the trends of Industry 4.0, the technical analyzes of the production layout were carried out in 3D, using virtualization tools to create and test the manufacturing processes before the physical installation.

Virtual reality was also used to simulate the operation of equipment and machines, in an integrated work with suppliers to guarantee quality and efficiency, in addition to the correct ergonomics of the operators. Over two years the new GSE Turbo engine unit was designed and installed with the participation of more than 90 companies, most of them Brazilian, to provide technological solutions and components.

With technologies of high efficiency and performance, the factory adopts the best manufacturing practices already existing in the group's plants in Europe and China. “To guarantee the best worldwide quality standards, we carried out global benchmarks that, added to the knowledge accumulated over 44 years of activity at the Betim Automotive Complex, make the new engine factory a global reference”, highlights Stellantis Manufacturing Director for South America, Pierluigi Astorino.

To ensure a high degree of quality and reliability, the processes have as distinctive feature the complete traceability of the operations carried out. Data such as the tightening of screws and component tests are stored in memory units, called data bolts and data tags, which follow the entire production cycles of machining and assembly. The new unit follows strict environmental and safety requirements, following ISO 14.001, ISO 50.001, and OHSAS.

The new factory directly employs 350 workers, of which 139 are women. Considering the production and development chain of the engines, each direct job created about three indirect jobs.

To incorporate new processes and technologies, the team went through a wide formative path with specialized training. “We are committed to developing diverse teams. Inclusion enriches social and work relationships, increasing the potential for innovation and, consequently, the competitiveness of our businesses”, says Pierluigi Astorino.

Mireli Resende was hired in 2019 and today is a team leader in the machining line of the GSE Turbo head. She participated in an extensive training process before starting activities at the new plant and is proud of the results achieved. “The turbo engine is produced by a diversified team. There are several heads, hands, and hearts because here we also produce with passion. Seeing the engine ready at the end of the line is a sense of accomplishment, from the entire team that is committed to producing with quality, efficiency, and safety ”, says Mireli.

With more fuel economy, better performance, and less CO2 emissions, the new GSE Turbo family that starts to be produced at the Betim plant is composed of T3 (1.0l) and T4 (1.3l) engines, both available in flex and gasoline. In the gasoline version, the 4-cylinder engine and valve train 4V MultiAir III 1.3 (displacement of 1,332 cm³) have a power of 180 hp, torque of 270Nm, and a compression ratio of 10.5:1.

The GSE engines feature Stellantis' MultiAir technology, already present in other engines of excellent performance. The electro-hydraulic system allows completely flexible control of the duration and elevation of the intake valves, in addition to the control of the engine load without generating pumping losses and contributing to reducing the fuel consumption of the engine in low and medium load operations.

With world-class quality, the engines of the GSE family have technologies to reduce engine warm-up time, reducing gas emissions and fuel consumption, especially in urban use (short trips). The aluminum block, in addition to reducing the weight of the propellant, heats up faster due to the lower resistance to heat conduction. The oil heat exchanger helps to reduce the engine's heating time, transferring heat from the water - which heats up faster - to the oil, which, reaching the ideal temperature, reduces the engine's friction. On the other hand, the exchanger also prevents the oil from overheating, which brings reliability to the set. 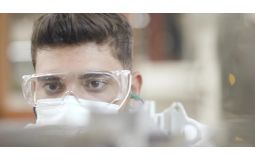